At 72, retiree continues helping Kurds get by in Japan 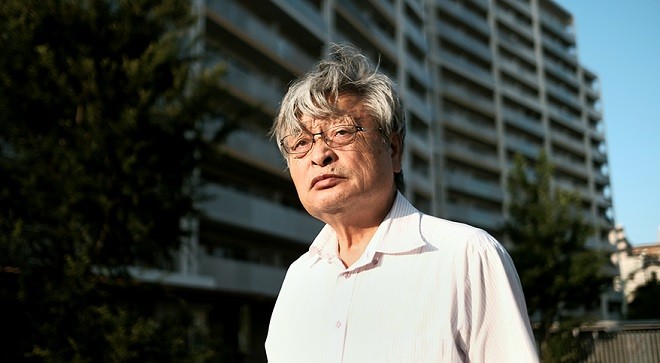 Hidenobu Matsuzawa bashfully accepted an invitation for a meal offered by a grateful woman, one of the countless Kurdish people in Japan he has helped over the past 25 years.

Even at 72, Matsuzawa continues with his selfless acts toward the Kurdish community by, for example, helping them survive the novel coronavirus pandemic.

“I’m investing in people,” Matsuzawa said. “Kurdish people are also part of Japanese society. I hope I can help them get through their lives.”

Matsuzawa was in his 20s when he had his first contact with Kurdish people. He saw their living conditions in Turkey during his travels around the world.

“Their houses had fallen into decay, and people seemed to be scared of something,” he recalled.
Living in areas straddling the borders of Turkey, Iraq and other Middle East countries, the Kurds are regarded as the world’s largest ethnic group without a state.

Many of them have scattered around the world to escape discrimination and oppression. About 2,000 Kurdish people live in Japan, including a large community in the Warabi area of Saitama Prefecture.

In the mid-1990s, when an increasing number of Kurdish people were coming to Japan, Matsuzawa started supporting them while working at a gardening company in Tokyo.

In 2003, he rented an office in Warabi to set up a support group called the Society for Understanding Kurds Japan.

He has been providing Japanese lessons to them, helping their children attend schools and accompanying pregnant women to hospitals.

After the new coronavirus pandemic began, Matsuzawa raised money for distribution to some Kurds who were ineligible for the government’s 100,000-yen ($947) relief payouts.

When he learns that a Kurd has been detained for overstaying, Matsuzawa visits the detention facility to offer encouragement and advice.

He has even been dipping into his retirement allowance because donations are not enough to support his efforts.

In spring this year, he learned that a Kurdish woman whom he had been supporting for more than 10 years graduated from college and found a job.

The woman, who is like a granddaughter to Matsuzawa, was the first of his beneficiaries to complete that path.

She was the one who told him that she wanted to use her first paycheck to treat him to a meal.
All he could do was say, “Thank you,” with a shy smile.

Although they haven't had a chance to meet up because of the pandemic, Matsuzawa said he is looking forward to the meal more than anything else.