Huawei CFO case back in Canadian court on Monday 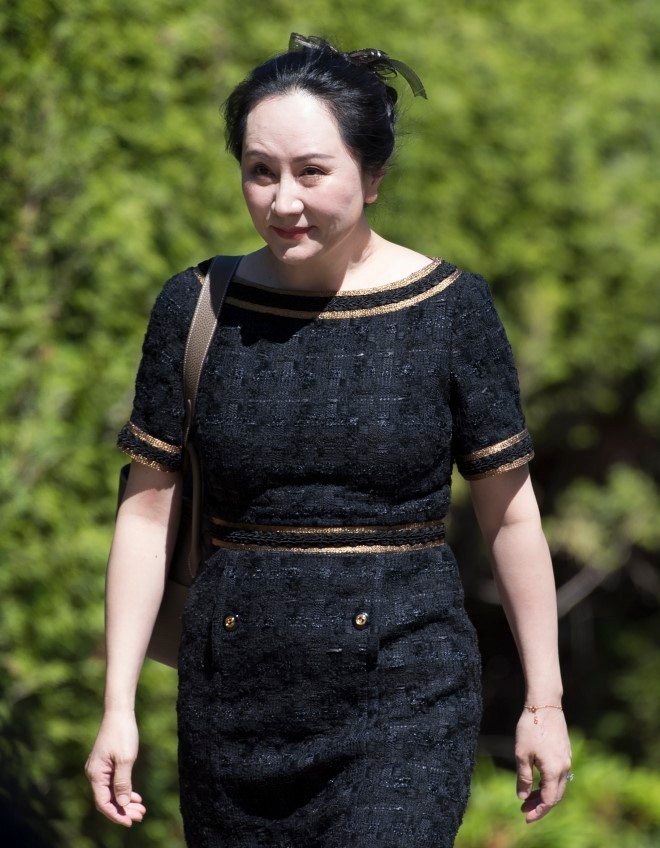 Meng Wanzhou, chief financial officer of Huawei, leaves her home to go to B.C. Supreme Court in Vancouver on May 27, 2020. (AP Photo)

VANCOUVER--A senior executive for Chinese communications giant Huawei Technologies will be in a Canadian courtroom Monday arguing her extradition to the U.S. should be halted because her rights have been violated.

Canada arrested Meng Wanzhou, the daughter of Huawei’s founder and the company’s chief financial officer, at Vancouver’s airport in late 2018. The U.S. wants her extradited to face fraud charges. Her arrest infuriated Beijing, which sees her case as a political move designed to prevent China’s rise.

Meng’s defense team will argue the extradition proceedings should be halted because they claim Canada Border Services Agency officers detained and questioned Meng without a lawyer, seized her electronic devices and compelled her to give up the passcodes before her official arrest.

They also will argue the Royal Canadian Mounted Police acted at the behest of the FBI to gather and share technical information about Meng’s laptop, phones and tablets, in violation of the Extradition Act.

Meng’s defense also believes her arrest was politically motivated and will point to past comments made by U.S. President Donald Trump.

The U.S. accuses Huawei of using a Hong Kong shell company called Skycom to sell equipment to Iran in violation of U.S. sanctions. It says Meng, 48, committed fraud by misleading the HSBC bank about the company’s business dealings in Iran.

Gary Botting, a Vancouver defense lawyer who has written several books on extradition, said Meng’s team will present evidence to the judge to support their claims her rights were infringed under Canada’s version of the bill of rights.

If Supreme Court Associate Chief Justice Heather Holmes rules in Meng’s favor it could end the extradition hearing, Botting said. The prosecution would have the right to appeal.

In May, Meng failed in a bid to end the extradition process when Holmes ruled the allegations against her could constitute a crime in Canada as well.

Meng remains free on bail in her multimillion mansion in Vancouver.