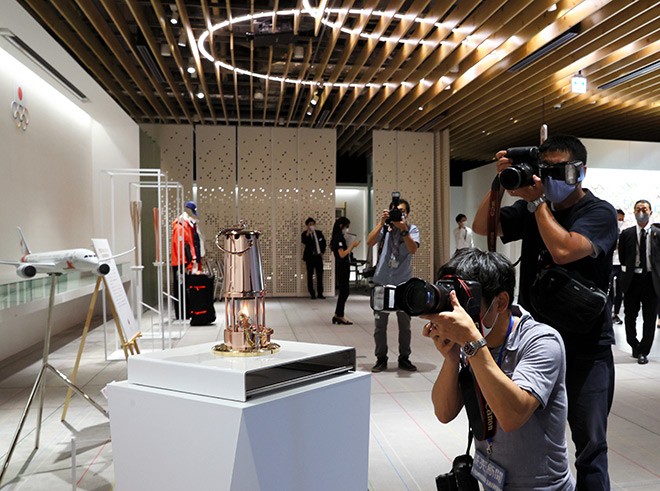 Opening day of the Tokyo Olympics, postponed because of the novel coronavirus pandemic, is now less than 300 days away.

Still, we cannot tell whether the Olympics will be held and if they are, what format the Games will take.

All we hear from top officials of the International Olympic Committee and the Japanese organizers, as well as Prime Minister Yoshihide Suga and other political leaders, are words of hopeful commitment.

Their words are hardly enough to allay the worries and doubts of athletes and anyone else waiting for the Games.

There may be a pressing need to work out details, such as immigration procedures for athletes and officials.

But all preparations are contingent on the Olympics being held, and it is time the organizers presented a basic framework for who makes the decision on holding the Games, by when, and on what terms.

It must be also made clear that even after the initial decision, the course may be reversed when the organizers, in close contact with infectious disease experts, conclude that the pandemic could cause extensive damage.

When the Olympics was postponed, Prime Minister Shinzo Abe said the Games must be held in their “complete format.”

But with the pandemic showing no signs of slowing down yet worldwide, and given the current state of vaccine development, the realistic assumption is that sticking to complete format will be difficult.

Then, what are the alternatives?

The organizers need to present all conceivable scenarios, including having no spectators.

Their pros and cons need to be analyzed from various perspectives, such as controlling infection, maintaining the quality of competition and performance, and balancing operational revenues and expenditures. All these matters need to be explained to the public.

Keeping the process transparent is the organizers’ responsibility not only to athletes but also to Tokyo residents and other taxpayers, who are being made to shoulder a large fiscal burden.

How are the organizers going to promote the significance of the Games being held under circumstances that render it difficult for people to come together and mingle freely?

The assessment process will be a good chance to re-examine what the Olympics should be after years of ignoring its spirit and instead obsessing with the medal count and the wins and losses.

The Tokyo Organizing Committee of the Olympic and Paralympic Games on Sept. 28 announced the torch relay schedule after completing cost-cutting negotiations with the IOC.

The schedule remains practically unchanged from its original plan. The Japanese proposal to shorten and simplify the opening and closing ceremonies was not adopted, either.

The IOC did not want to go against the wishes of the U.S. TV network that will pay a hefty amount of broadcasting rights under its contract, according to sources.

Most of the agreements reached concerned matters that were long under question, such as curbing the extravagance accorded to IOC officials and staffers. The resultant savings are estimated at several tens of billions of yen.

The sum is a mere pittance compared with the Olympics’ projected total cost of 1.35 trillion yen ($12.79 billion), coupled with several hundreds of billions of yen stemming from the one-year postponement.

When the Olympics’ future is discussed, it will be crucial to scale back the quadrennial sports extravaganza itself and overhaul the unhealthy financial structure of overreliance on TV broadcasting rights and revenue from sponsors. These are the points we have repeatedly argued in our editorials.

The organizers need to tackle these challenges head on, drawing a lesson from the Tokyo Olympics, which will pose a huge burden and risk whether moving ahead or pulling back.