Researcher fights for Nagasaki to create archives of A-bomb attack 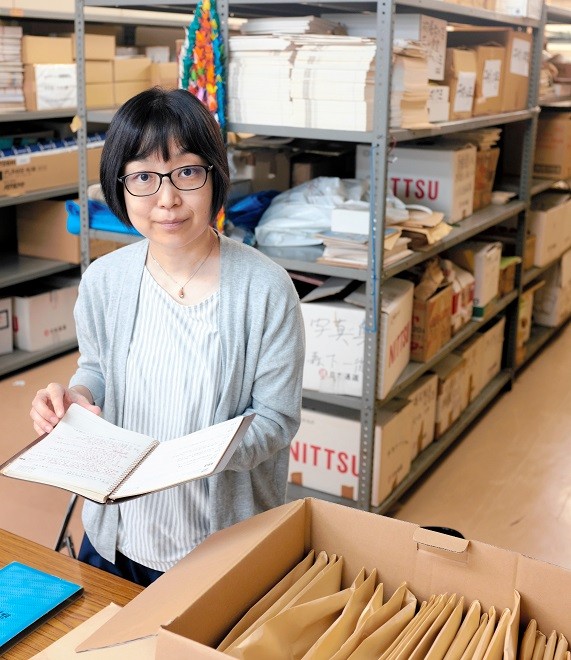 NAGASAKI--In stark contrast to Hiroshima, this city has no formal archives dedicated to preserving the history of its August 1945 atomic bombing, a Japanese sociologist discovered to her amazement.

The dearth of records chronicling Nagasaki's destruction and aftermath prompted Chie Shijo, a visiting fellow at Nagasaki University, to press Nagasaki prefectural authorities to start a drive to collect official papers, diaries by hibakusha survivors and other records owned by private individuals to document the period.

“Such records, including those about events after the end of World War II, constitute the history of Nagasaki, and helped form what the city is today,” Shijo said.

In most cases, even administrative documents about post-bombing reconstruction programs and commemorative services were discarded following the end of their retention periods.

To draw attention to the matter, Shijo fired off a letter of inquiry questioning the prefectural government's stance on archives. She is also planning to organize a symposium on the issue for local citizens.

Shijo first became drawn to researching the atomic bombings when she came across a hibakusha in Hiroshima doing a survey to ascertain whether fellow classmates were still alive, so the list of survivors and victims could be updated.

In those days, the sociologist, originally from Hiroshima, was working at the Hiroshima Peace Memorial Museum to make use of her curator's license. She studied archaeology at Waseda University in Tokyo.

The encounter made her realize that hibakusha remain deeply traumatized after all these decades.

In 2006, Shijo moved to Nagasaki after her husband was transferred there for work by his employer.

Examining memorandums by hibakusha and others in Nagasaki, she was amazed to discover that Catholics had long described the deaths of their family members in the Aug. 9 attack as “clean and beautiful sacrifices.”

Further findings revealed that survivors waited nearly 40 years to start talking about their experiences of the bombing.

Shijo sought out historic documents and interviewed hibakusha to get her head around this, earning a Ph.D. for her research at Kyushu University’s graduate school.

Around that time, Shijo realized that Nagasaki owned fewer records about its bombing compared with Hiroshima, in part because both Hiroshima Prefecture and Hiroshima city have official archives.

This past spring, Shijo began working with a hibakusha group to gather health checkup records and diaries from aging survivors. She is working to sort through a mountain of documents, putting each into an envelope.

Shijo said the list of collected records will be combined with accounts by hibakusha of their peace activities for publication next spring.

“I want to give something back to Nagasaki by passing down the records to the next generation,” she said.