Ceremonies to proclaim crown prince to be held in November 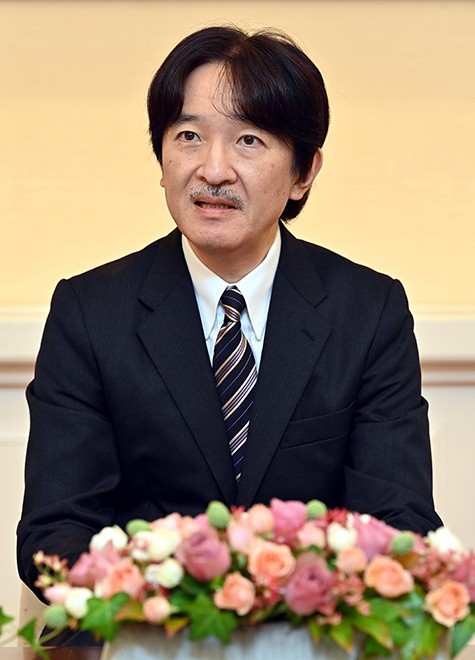 Crown Prince Fumihito belatedly will be fully recognized as first in line to eventually succeed his brother as emperor, when a series of ceremonies to proclaim him finally take place in early November, according to government sources.

Rituals called Rikkoshi no Rei were initially slated for April but have been on hold due to the novel coronavirus pandemic.

The series of ceremonies “cannot be put on hold forever,” an official at the prime minister’s office said, since they are part of Emperor Akihito’s abdication in April 2019 that resulted in his oldest son Naruhito, Fumihito’s brother, becoming emperor.

For this reason, the government has been preparing behind closed doors for the events after announcing their postponement on April 10.

The government will decide on their scheduling at a special committee after it has confirmed that the pandemic is slowing down.

Because the pandemic has inflicted severe strains on the economy and society, it is unlikely that packed banquets connected to the ceremonies will be held.

The imperial family has a busy schedule in December with events related to Empress Masako’s birthday and year-end activities.

“November is doable,” an official at the Imperial Household Agency said.

The Rikkoshi no Rei series of ceremonies will be held as state affairs. The rituals essentially consist of the Rikkoshi Senmei-no-Gi, in which Fumihito declares his elevation to the role of crown prince, and the Kyuchu Kyoen-no-Gi, a stand-up style banquet.