73 children die of abuse in Japan in FY2018, many due to neglect 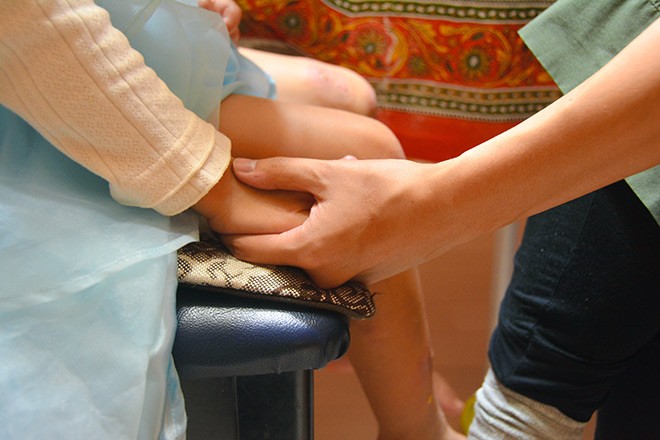 Children whose mothers suffer from domestic violence are more likely to be abused by their fathers or mothers’ boyfriends, according to a welfare ministry expert committee. (Asahi Shimbun file photo)

Japan reported 73 child abuse deaths in fiscal 2018, up eight from a year ago, with cases of neglect exceeding physical abuse for the first time, according to an expert committee of the welfare ministry.

The committee released child abuse data it compiled on Sept. 30.

Excluding those who were forced or persuaded by their parents to commit suicide together, the number of children who died of abuse rose by two from fiscal 2017 to 54, up for the second year in a row.

Of the 54 deaths, 46.3 percent, the highest ratio, were due to neglect, topping the percentage for physical abuse, 42.6 percent, for the first time.

As for motives of child abuse resulting in death, 14.8 percent of the 54 cases were “negligence in child care,” while 5.6 percent were “intended to discipline a child.”

The expert committee also analyzed how cases of biological mothers suffering domestic violence from their husbands, boyfriends or others affected child abuse deaths, excluding the suicides, that were reported over the period of roughly 11 years until fiscal 2017.

Children were more likely to be abused by their fathers or their biological mothers' boyfriends who were also committing domestic violence against the mothers, the committee found.

Of such women, 60.8 percent got pregnant or gave birth to a child in their teens, while 23.5 percent were on welfare.

Domestic violence has been linked to child abuse.

In March 2018, a 5-year-old girl died of abuse in Tokyo’s Meguro Ward and another fourth-grade girl died in the same manner in Noda, Chiba Prefecture, in January 2019.

In both cases, their biological mothers said they were suffering from domestic violence, rendering them unable to stop their husbands from abusing the children.

The expert committee said that such mothers have difficulty in building stable family relationships due to fewer work experiences and troubled relationships with their partners.

The committee pointed out that it is important to provide support for victims of domestic violence in addition to children suffering from abuse since social isolation can lead to an escalation of child abuse.