August jobless rate hits 3.0% for the first time in over 3 years 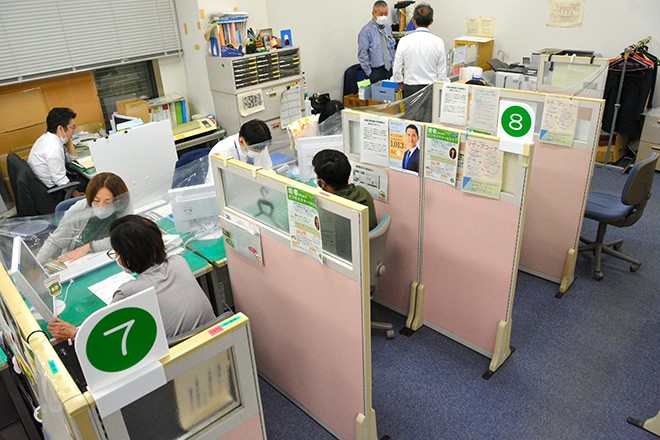 The jobless rate in August hit a seasonally adjusted 3.0 percent, up 0.1 point from the previous month, the first time in 3 years and 3 months for it to mark 3.0 percent or higher since the May 2017 figure of 3.1 percent.

Releasing the figures Oct. 2, the Ministry of Internal Affairs and Communications blamed the cooling economy due to the impact of the novel coronavirus pandemic for the increase.

The number of unemployed people in August increased by 90,000 from the previous month to 2.05 million.

Those who retained their jobs but were unable to work due to business suspensions and other factors came to 2.16 million, down 40,000 from the previous month.

As of April, the number of people in this category hit 5.97 million. It has since been falling.

The Ministry of Health, Labor and Welfare also announced Oct. 2 that the seasonally adjusted ratio of job openings to job applicants in August was 1.04, down 0.04 point from the previous month.

It noted that the ratio has been worsening for eight months in a row. The 1.04 ratio was the lowest in 6 years and 7 months since January 2014.

The number of new job openings in August decreased by 27.8 percent from the same month in the previous year.

The decrease was particularly notable in the hotel, cafe and restaurant sectors at 49.1 percent. The figures for living-related services and entertainment businesses stood at 41.0 percent each. Manufacturing businesses chalked up a 38.3 percent decrease.