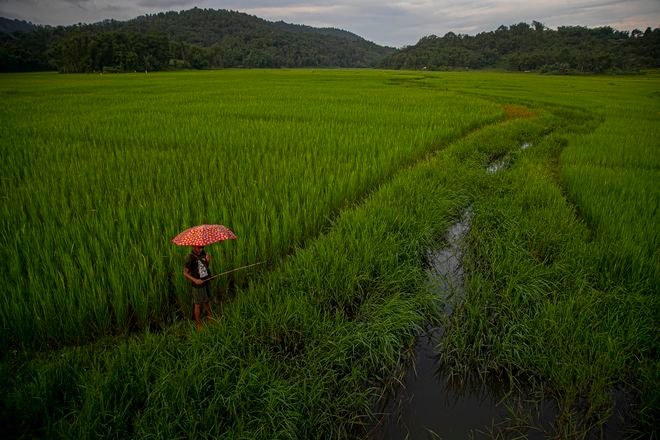 MUMBAI--India’s rice exports in 2020 may rise by nearly 42 percent from a year ago to record highs because of reduced shipments from rival exporters and a depreciating rupee, industry officials said this week.

India’s rice exports could jump to 14 million tons in 2020, up from last year’s 9.9 million tons, the lowest in eight years, said B.V. Krishna Rao, president of the Rice Exporters Association.

“Thailand’s shipments are falling due to the drought. Vietnam is struggling because of lower crop. That share is naturally coming to India,” Rao said.

Thailand, the world’s second-largest rice exporter, suffered through a drought earlier this year that has affected the rice crop. Shipments in 2020 could fall to 6.5 million tons, the lowest in 20 years.

Vietnam, the third-biggest global exporter, has contended with low water levels in the Mekong River Delta, the country’s main rice growing region, that has limited supply.

“Basmati rice demand is more-or-less stable, but in non-basmati we have seen a huge surge in demand due to attractive prices,” Gupta said.

India was offering 5 percent broken parboiled rice at $380 per ton on a free-on-board basis, while Thailand was offering the same grade at $490 per ton, dealers said.

Indian exporters have offered rice at lower prices at a time when global prices have jumped on limited supplies because of the rupee’s depreciation, Rao said.

The rupee has declined 3 percent against the U.S. dollar so far this year.

“Unlike other countries, India has massive surplus. Exports won’t create shortage in the local market,” the dealer said.

Also, the higher exports should cut into Indian inventories and limit government purchases from farmers at minimum support prices, said Rao from the Rice Exporters Association.