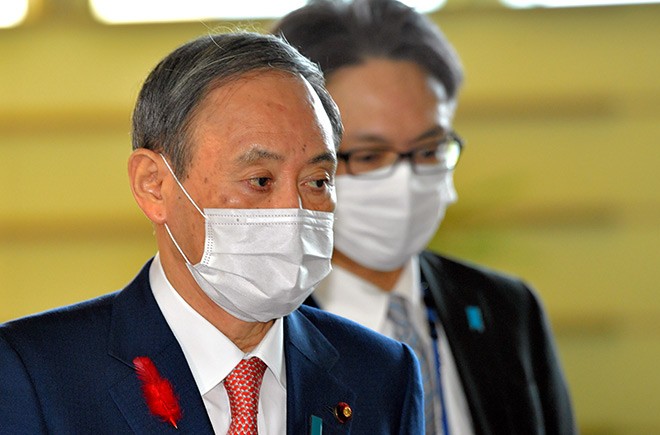 Government officials for the first time responded to lawmakers’ questions about Prime Minister Yoshihide Suga’s rejection of six scholars for membership to the Science Council of Japan, but their answers only fueled the confusion.

The officials who appeared at the Oct. 7 Lower House Cabinet Committee session repeatedly said Suga’s decision was based on “a comprehensive perspective while looking at the big picture.”

Yukio Edano, leader of the main opposition Constitutional Democratic Party of Japan (CDP), said after the session that the government officials provided nothing in terms of specific answers and pledged to question Suga directly in the extraordinary Diet session to convene on Oct. 26.

Suga is the first prime minister who has not followed the Science Council recommendations for new members. Given that the six rejected academics had all opposed policy measures pushed by Suga’s predecessor, Shinzo Abe, protests have erupted across the nation accusing the government of suppressing academic freedom.

In an Oct. 5 interview, Suga said he made his decision about the appointments from the perspective of ensuring that the Science Council could continue with its activities in a comprehensive manner while looking at the big picture.

That vague explanation was repeated about a dozen times in the Lower House Cabinet Committee session when opposition lawmakers tried to pin down a specific reason why those six scholars were the only ones rejected from a list of 105 recommendations.

Hitoshi Fukui, who heads the secretariat in the Cabinet Office in charge of the Science Council, admitted that he was “very surprised” when he found out that the six scholars in the humanities and social sciences would be left off the council.

But the “big picture” reasoning was so vague and abstract that even ruling coalition members in the committee were perplexed.

“The words are not very familiar to me so I believe that what the government is trying to say will not resonate with the general public,” Masataka Ota of junior coalition partner Komeito said.

Hiromi Mitsubayashi, a senior vice minister at the Cabinet Office, tried to clarify the matter by indicating that Suga relied on factors other than research achievements to make his decision on membership to the council.

“It means that there is a need to proceed with activities from the standpoint of a wide perspective without being bogged down with past achievements,” Mitsubayashi said.

His comment prompted Masato Imai of the CDP to ask, “Does that mean (the six who were rejected) may have had specialized knowledge but were found somewhat lacking as human beings?”

Imai said the government responses could be taken as dishonoring those who were not selected.

In response, the government officials only repeated the “big picture” statements.

Government officials also tried to put a positive spin on a 2018 Cabinet Office document that said the prime minister was not obligated to appoint all recommended scholars on a list submitted by the Science Council.

That document appeared to contradict the 1983 explanation by government officials that the prime minister’s appointment of new members was a mere formality because recommendations would not be rejected.

One government official said the consistent view was that past comments in the Diet never went so far as to say that the prime minister had to strictly adhere to the recommendations.

But Imai said even an elementary school student reading the statements would realize that a major change had been made in the government’s stance in 2018.