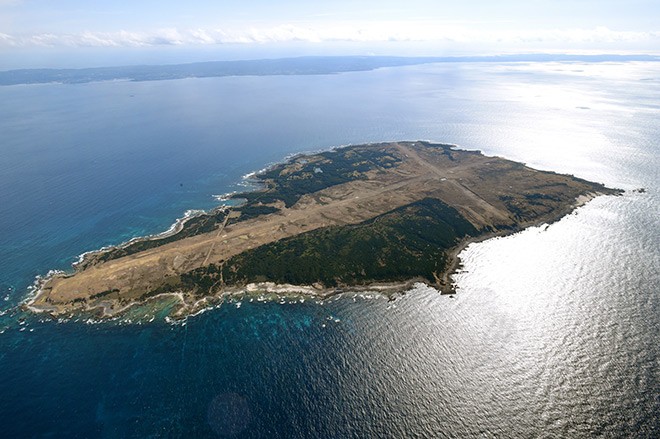 NISHINOOMOTE, Kagoshima Prefecture--The Defense Ministry is apparently out of luck trying to convince a mayor to approve its plan to move a training site for U.S. carrier-based aircraft here.

Nishinoomote Mayor Shunsuke Yaita had held off on revealing the city's stance pending discussions with the ministry, though he had previously voiced opposition to accepting the base.

He cleared up any ambiguity over the city's position at an Oct. 8 news conference.

“We do not approve of the plan," Yaita said. "We'll lose more than we'll gain."

The ministry has purchased most of the land needed for the training site on the island. But it needs to acquire plots of the city government’s property to construct a base there.

The ministry is proceeding with the project to set up a Self-Defense Forces facility on Mageshima island in Nishinoomote to relocate the U.S. military’s landing practice site from Iwoto island, also known as Iwojima, south of Tokyo.

Mageshima, an uninhabited islet, is near Tanegashima and Yakushima islands.

Yaita said the ministry failed to provide clear answers regarding the city’s inquiries about the impact of the deafening roar of the military aircraft during exercises, the size of grants to be provided to the city for hosting the training site and other details.

“Unclear points have not been clarified,” the mayor said, referring to a response the city received from the ministry in late September. “We are concerned that the central government will proceed with the project slowly in stages to create a fait accompli.”

He also said the ministry apparently believes that the city must endure the hardship from hosting the military facility.

Referring to local governments with U.S. bases elsewhere, Yaita said, “Once you approve the U.S. bases, domestic law cannot put an end to their presence.”

The ministry also expects to conduct an offshore drilling survey to prepare for construction of a port on Mageshima.

When it seeks approval from the Kagoshima prefectural government to start the survey, it will need a document where Nishinoomote makes clear its stance on the project.

Kiyonobu Fukui, the head of the city’s chamber of commerce and industry, who supports the central government's training site project, has already announced his candidacy for mayor.