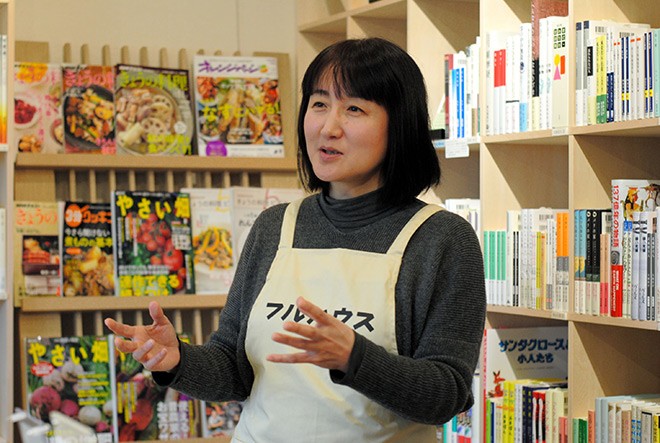 Novelist Yu Miri at her bookshop Full House inside her home in Minami-Soma, Fukushima Prefecture, in 2019 (Asahi Shimbun file photo)

The English version of “Tokyo Ueno Station” by female novelist Yu Miri, an ethnic Korean resident in Japan, was shortlisted for this year's U.S. National Book Award for Translated Literature. It is one of five contenders for the prize.

Translations of books from Japanese to English were selected as the final candidates for the award for three years in a row.

The award announcement will be made on Nov. 18.

Yu’s novel, translated by Morgan Giles, is about a man who comes to Tokyo from Fukushima to work in 1963, a year before the 1964 Tokyo Olympics.

He becomes homeless and sleeps rough around Tokyo's Ueno Station and later witnesses his hometown being engulfed by tsunami generated by the Great East Japan Earthquake in 2011.

The book was published in Japan in 2014.