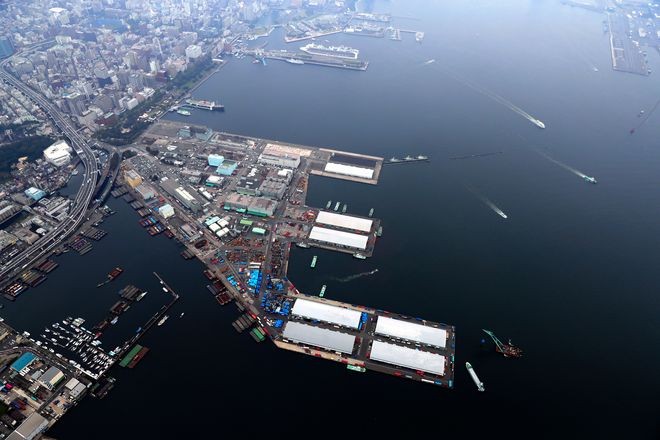 Yokohama city government plans to host an integrated resort, which includes casinos, at the Yamashita Pier in the city. (Asahi Shimbun file photo)

Japan has pushed back by nine months a July 2021 deadline for cities to submit bids to host casinos amid delays in preparation and a downturn in operators' business conditions caused by the COVID-19 pandemic, the Japan Tourism Agency said on Friday.

The government sees the so-called integrated resorts, which include casinos, shopping outlets and hotels, as a significant means of bolstering tourism, tax revenue and local economies as the country grapples with the impact of a shrinking population.

It has authorized licenses for three resorts, and set a new April 28, 2022, deadline for bids and development plans from interested cities. Those that have expressed an interest include Yokohama, Tokyo, Osaka--Japan's three largest cities--as well as smaller cities including Nagasaki and Wakayama.

The government's plans for the resorts have been hampered in the past by opposition from a public wary of gambling addiction and a bribery scandal that led to the arrest of a high-profile lawmaker.

In May, Las Vegas Sands Corp. ended its plans for a resort in Japan.