Japan, Mongolia to cooperate on ‘Free and Open Indo-Pacific’ 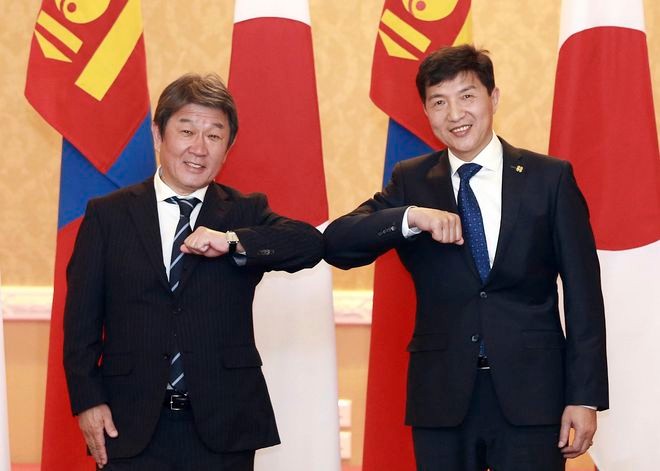 The foreign ministers of Japan and Mongolia agreed Friday to cooperate in promoting a “Free and Open Indo-Pacific," a vision that Tokyo is pushing with the U.S. and other “like-minded” countries to counter China's growing assertiveness in the region.

Motegi, who agreed with counterparts from the U.S., Australia and India at “Quad” talks in Tokyo on Tuesday to seek more countries' support for the FOIP concept of security and economic cooperation in ensuring open sea lanes to the Middle East. China claims most of the South China Sea.

The Japanese and Mongolian ministers said at a news conference Friday that they pledged further cooperation in achieving the FOIP, while agreeing to step up security, medical and economic cooperation.

Japan and the U.S. have been pushing the FOIP as a way to bring together countries that share concerns about China's growing influence in the region.