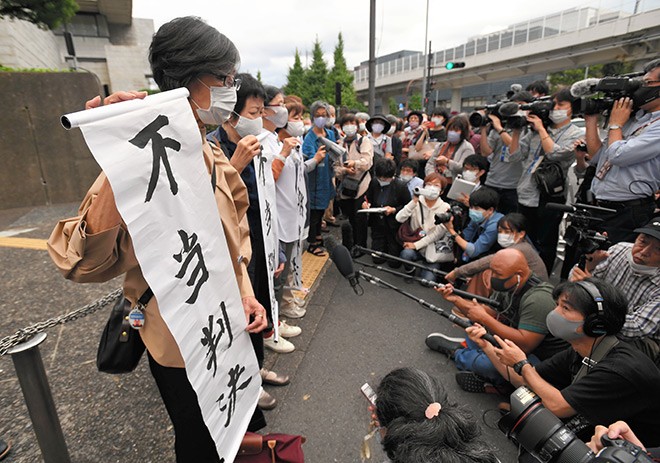 The Supreme Court's rejection of two high court rulings in favor of nonregular workers must not be allowed to halt progress in workplace reform.

The top court on Oct. 13 ruled that treating nonregular workers differently from their full-time counterparts in the payment of bonuses and retirement allowances could not be deemed unreasonable, overturning the appellate court decisions in two cases.

In the cases in question, the Supreme Court justified the unequal treatment, citing certain differences between full-time workers and nonregular workers in the nature of their work, the scope of their responsibilities and applicable personnel reshuffle rules. The court also noted that the employers concerned had not been negligent in reviewing their respective personnel policies.

The ruling clearly puts the interests of management ahead of those of their employees, and we fear this could throw cold water on all attempts made to date, albeit by trial and error, to level the playing field.

At the same time, it would be a big mistake to assume that the latest verdict will apply to all places of work.

Different companies have different takes on matters such as whether employees get paid only for work they have actually performed or if their salaries are linked to their achievements. There also are differences in how each company defines the nature of bonuses and retirement packages and how they are calculated.

Depending on the results of careful examinations by the courts of such matters, there obviously will be cases where the different treatment of full-time workers and nonregular workers should be judged as unreasonable.

A set of labor ministry guidelines, established two years ago, spell out clearly that a bonus, paid to employees according to their contributions to the company's bottom line, "must be of the same amount for everyone who made the same contributions."

Instead of interpreting the Supreme Court ruling to their own convenience, every company must strive to constantly examine their system to ensure compliance with the principle of equality, and make changes if necessary.

One of the two cases brought to the Supreme Court concerned the payment of retirement allowances.

In this matter, two justices wrote a concurring opinion to the effect, "It is in keeping with the spirit of the law for management to aim for equal treatment of all its employees through labor-management negotiations and other means."

The justices went on to discuss the payment of a certain amount of retirement allowance even to nonregular employees, commensurate with their years of service, and also the utilization of the Japanese version of 401(k). This calls for responsibility on the part of labor unions, too.

Today, nonregular workers account for almost 40 percent of the work force. Yet, their wages are said to be about 60 percent of what full-time workers are paid. In European nations, the percentage is 70 percent to 80 percent.

Financial security of every individual keeps society stable. We must never forget that improving the treatment of nonregular workers is necessary for society as a whole.

In reality, however, the shoddy treatment that is often meted out is not being corrected. Serious problems have emerged during the novel coronavirus pandemic; for example, people being denied compensation while being laid off or furloughed, or not be allowed to work from home.

A transparent wage system that is acceptable to everyone, as well as an improved working environment, will enable companies to secure reliable workers and raise productivity.

We need to eliminate the word "nonregular" from Japan's labor market. The importance of working toward this goal remains unchanged under the new administration headed by Prime Minister Yoshihide Suga.

Plaintiffs display a placard which reads "unjust ruling" in Tokyo's Chiyoda Ward on Oct. 13 after the Supreme court delivered its ruling on the treatment of nonregular workers. (Reina Kitamura)