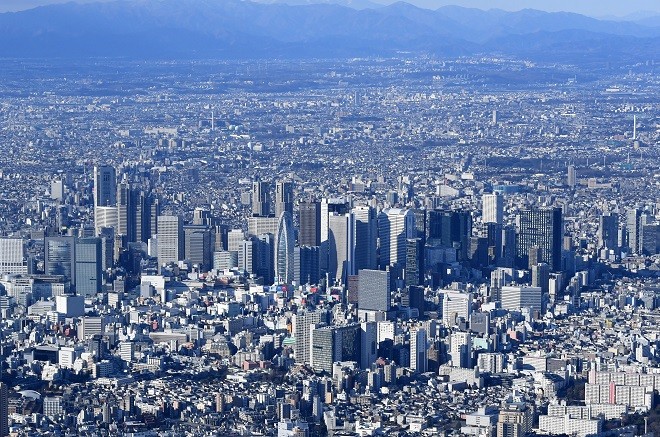 The decision comes amid a drop in fine particle pollution, believed to be declining due to the negative economic effects of the COVID-19 pandemic and following anti-pollution policies Tokyo introduced.

The Tokyo government’s new target for the level of airborne fine particle matter with a diameter of 2.5 micrometers or less, known as PM2.5 (particulate matter 2.5), will be set at 10 micrograms or less per cubic meter, sources said.

That compares to the central government’s annual average standard of 15 micrograms or less.

PM2.5 is a microscopic particle that floats in the air. It is generated from sources such as automobile exhaust fumes and smoke emitted from factories and other pathways. It can invade deep into the lungs and negatively aggravate asthma, heart diseases and other health conditions.

Now Tokyo is looking to further improve air quality by putting the much stronger criteria into operation for the period through fiscal 2030.

Its new target for the fine particle matter would also be the world’s most stringent.

The World Health Organization (WHO) defines 10 micrograms per cubic meter as its guideline value that countries should try to achieve.

The target figures for China, the European Union and the United States are 35 micrograms, 20 micrograms and 12 micrograms, respectively.

Tokyo’s new plan aims to reduce the level of PM2.5 air pollutants detected at its 80 monitoring stations to 10 micrograms or lower by fiscal 2030.

The capital has been aggressively working to curb the pollutants, sources said, by doing things such as imposing regulations on diesel vehicles earlier than the central government. It also set emission controls for industrial plants, as well as created a subsidy program to promote buying electric cars to slash carbon dioxide emissions.

Following those measures, the PM2.5 readings at Tokyo’s 80 monitoring facilities met the central government’s standard of 15 micrograms per cubic meter for the first time in fiscal 2019, a period that ended in March this year.

The capital’s basic environmental plan had set out that the concentration of PM2.5 pollutants should reach that target in fiscal 2024, meaning it reached the goal a full five years earlier than initially planned.

The average airborne pollutant level for the 80 stations hit a record low of 10.8 micrograms per cubic meter.

It is possible that the drastic drop in PM2.5 concentration levels is mostly due to economic activity being suppressed by the novel coronavirus pandemic from the months of January to March.

If that is the case, the pollutant level could resurge as many businesses resume operations and as citizens stop refraining from venturing out.