EDITORIAL: Too many questions still hanging over land sale scandal 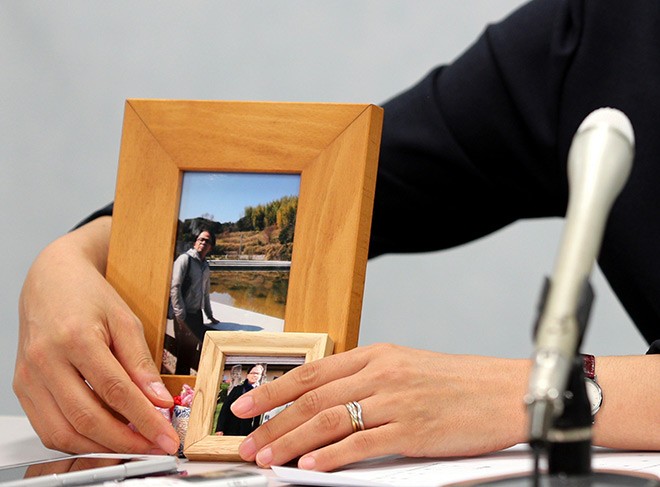 Important new “testimony” has emerged about the dubious sale of state-owned land to Moritomo Gakuen which cannot be overlooked.

An individual involved in the land sale stated that there were serious problems with the process of calculating the massive reduction in the price of the plot sold to the Osaka-based school operator linked to former Prime Minister Shinzo Abe’s wife, Akie.

This person also divulged that detailed records existed of how related official documents were falsified. The government has a duty to respond to the new testimony and explain the facts.

The latest revelation was made during the trial in a damages suit filed by the widow of a former Finance Ministry official who committed suicide after becoming embroiled in the scandal.

The testimony was made by a former superior of Toshio Akagi, a bureaucrat with the Kinki Local Finance Bureau who killed himself in March 2018 and left behind notes outlining how he and others at the bureau came under strong pressure to rewrite documents related to the land sale.

What was claimed to be a voice recording of Akagi’s former superior, who was in charge of the land sale, was submitted as evidence by the plaintiff.

The plot of land in Osaka Prefecture was appraised at 956 million yen ($9.1million) but sold to Moritomo Gakuen for just 134 million yen. The government justified the eye-popping discount by saying it was made to cover the expense of removing mountains of buried waste at the site.

This questionable price reduction is at the heart of the Moritomo scandal. The voice recording indicates Akagi’s former superior had suspicions about the discount all along.

When Akagi’s former boss visited the home of his widow, Masako, to express condolences in March last year, he disclosed that the amount of the price reduction was determined by the transport ministry’s Osaka Civil Aviation Bureau.

He said there were “problems” with the process of determining the price cut of 800 million yen. He also asserted that there was no solid ground for the estimate of the cost of removing the buried waste.

While stressing that the discount had not been made for a specific politician, the former superior repeatedly expressed his regret over the land deal, according to the plaintiff.

As for the falsification of related documents, Akagi’s former superior said there were records of the deceased official’s exchanges with the Finance Ministry, adding the documents would “make the whole process clear.”

When Akagi’s widow referred to Nobuhisa Sagawa, who was director-general of the ministry’s Financial Bureau that oversaw the sale of state assets and is suspected of having given the order to falsify the documents, Akagi’s former superior said it was “of course, Mr. Sagawa,” who ordered the doctoring of official document.

During the trial, the plaintiff demanded that the records be submitted as evidence. The plaintiff also intends to request that those involved be summoned to testify. The government has no choice but to make a sincere response to these requests.

Clarifying the process leading to the sale of land at such a massive discount is essential for assessing the emotional distress Toshio Akagi suffered when he was ordered to falsify the documents and to judge whether it prompted him to take his own life.

As the holders of sovereignty, the Japanese people and taxpayers deserve to know the truth about how and why such crooked administrative action was taken.

Abe's successor, Prime Minister Yoshihide Suga has pledged to continue the Abe administration’s policy agenda, and is trying to keep a lid on vital facts concerning the scandal.

The administration has made a point of citing the Finance Ministry's its own inquiry into the matter and the fact that disciplinary action was taken against the officials involved. It also stated that the Osaka District Public Prosecutors Office finished its investigation without indicting any official.

But the Finance Ministry’s in-house probe has no credibility because it is the party blamed for the misconduct. The prosecutors’ investigation only focused on the possible criminal liability of the officials involved. The whole picture of the scandal remains far from clear.

Masako Akagi’s desire to know the truth is shared by many Japanese. The Diet, as the watchdog of the government, is still responsible for getting to the bottom of the scandal even though Abe is now out of office.

If it leaves the matter entirely to the court, the Diet is not worthy of its title as the highest organ of state power.