In push for Japan, Toshiba to test quantum cryptography 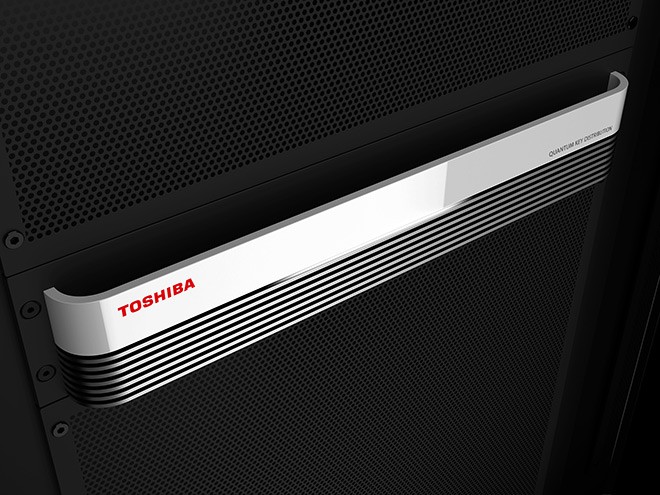 Toshiba Corp. will start services using quantum cryptography, the “ultimate” in computer technology to protect data, to catch up with overseas rivals in applications and potential global market share.

The company said it plans to make the services available on a trial basis at a Japanese government research institution in January for transmitting data between multiple locations.

After beginning full-scale operations in April, Toshiba hopes to receive orders from financial and medical institutions and other entities in the United States, Europe and Asia as well as those in Japan.

Global competition is heating up to put quantum cryptography into practical use.

Quantum cryptography is called the “ultimate code” in securing data owned by governments, companies and individuals because it is theoretically impossible to hack.

Under a quantum cryptography system, encryption keys to decipher the code are transmitted using a photon, a particle that carries light. It is believed to be impossible to steal the keys in the middle of the network because photons cannot be divided or copied.

Development of a high-performance quantum computer, expected in one or two decades, could break the code produced by the current level of technology.

“Japan will be left behind unless we do something,” Taro Shimada, an executive officer and corporate senior vice president at Toshiba, said about company’s sense of urgency.

A Chinese state-owned company has already built a quantum cryptography network connecting Beijing and Shanghai. South Korea and Germany are also moving to create such networks.

Toshiba expects the market for quantum cryptography services to grow to 2 trillion yen ($18.97 billion) by 2035. The company aims to achieve 300 billion yen in sales and win a 25-percent global market share by 2030 by promoting the speed and quality of its network services.

Toshiba started research into quantum cryptography about 20 years ago, lagging behind its rivals around the world.

But Shimada said, “Japan is leading other countries in the technology,” saying the company has the largest number of patents for related technologies.