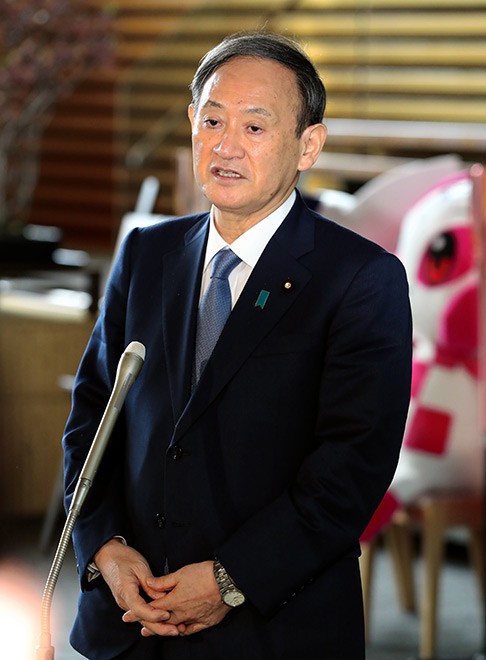 Prime Minister Yoshihide Suga suggested an overhaul of the automatic appointment system for members of the Science Council of Japan, but he again would not explain why he denied membership to six scholars.

During an appearance on a news program of public broadcaster Japan Broadcasting Corp. (NHK) on Oct. 26, Suga said the appointment system allows current members to recommend their replacements.

“As a result, the (scholars) are disproportionately selected from certain universities,” he said.

The University of Tokyo was the most represented school among the 99 members appointed to the council on Oct. 1.

Critics have accused Suga of interfering in academic freedom by deciding not to approve the membership of six other recommended scholars who had previously criticized government policies.

Traditionally, the prime minister has automatically approved all academics recommended by the council.

Suga said on the NHK program that he reached the decision “after debating whether to appoint the recommended people just by following precedent.”

The NHK announcer said, “I think there are some voices of the people asking for an explanation (for the six rejections).”

He again took shots at the appointment system.

“It is that the government has been told to rubber-stamp the Science Council’s recommendations,” Suga said emphatically. “Somebody needs to conduct a review on this organization as a whole, and I think now is the time.”

The prime minister also said council members should include more people who are not affiliated with academia, as well as young scholars and those who have graduated from universities outside the capital.

“I want the members to be selected evenly. I do think reform is necessary,” he said.

Top officials of the ruling and opposition parties met the same day at the Diet building to discuss the Lower House Budget Committee sessions that are expected to be held next week.

But ruling parties said it would be difficult to summon Sugita.

“There are not many precedents of a deputy chief Cabinet secretary (who is not a politician) appearing for a Diet summons,” said Hiroshi Moriyama, the ruling Liberal Democratic Party’s Diet Affairs Committee chairman.