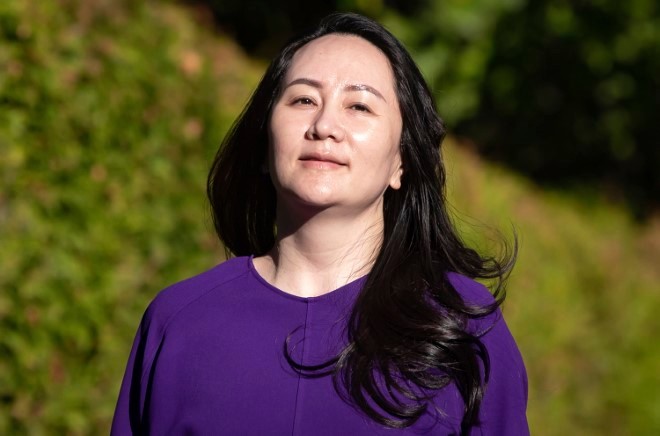 Huawei’s legal team took the floor on the second day of the hearings in the British Columbia Supreme Court, where Meng is fighting extradition to the United States.

The five days of scheduled hearings will focus on allegations by her lawyers of abuses of process committed by Canadian and U.S. authorities during her arrest in December 2018 at the Vancouver International Airport.

Meng, 48, is facing charges in the United States of bank fraud for allegedly misleading HSBC about Huawei’s business dealings in Iran, causing the bank to break U.S. sanction laws.

In the court’s afternoon session, Meng’s lawyer Richard Peck focused on the affidavit signed by Royal Canadian Mounted Police (RCMP) Constable Winston Yep the day before arresting Meng, which included swearing that Meng had no ties to Canada.

The affidavit confirmed the reason and circumstances for seeking Meng’s arrest, in order for a judge to issue a warrant.

Peck asked whether this contradiction to the contents of the affidavit set off any “alarm bells” in Yep’s head, and whether he reached out to any colleagues or officials at the federal Justice Department to try and make a change to the affidavit.

Peck’s questions build on themes from Monday, striving to highlight lapses of due process during Meng’s arrest. She was questioned for three hours by CBSA officers without legal representation and her electronic devices were seized before RCMP officials arrested her, according to court documents.

Meng has claimed innocence but remains under house arrest in her Vancouver home, located in an upscale neighborhood of the Pacific coastal city, for the duration of the trial.

On Tuesday morning, Peck went over a series of text messages, and emails that Yep sent and received before arresting Meng, as well as the notes Yep took throughout the day in his notebook.

Specifically, he presented Yep with an email where the U.S. Federal Bureau of Investigation (FBI) told the RCMP that the “best way to ensure CBSA to interject” is to know Meng’s name and flight details ahead of her arrival.

Meng’s lawyers have previously alleged that Canadian authorities improperly communicated with their U.S. counterparts during her arrest, including sharing identifying details about her electronic devices.

Canada has denied this and provided affidavits from members of RCMP who were involved in Meng’s arrest.

Meng arrived in court on Tuesday, accompanied by her translator. She spoke with Chinese consular officials before seating herself in the courtroom.

Meng’s lawyers have argued that Canadian and American authorities made this decision because CBSA officers have special privileges in searching and investigating individuals crossing Canada’s borders.

Meng’s arrest triggered an ongoing chill in diplomatic relations between Ottawa and Beijing. Soon after her detention, China arrested Canadian citizens Michael Spavor and Michael Kovrig on espionage charges in what was widely seen as retaliation.

The trial is scheduled to wrap up in April 2021, although the potential for appeals means the case could drag on for years through the Canadian justice system.