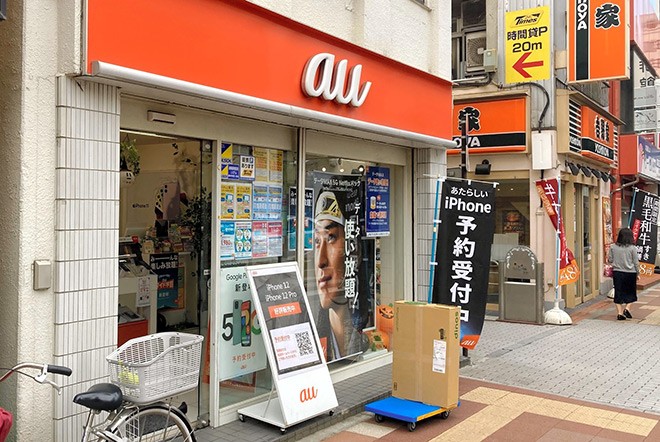 However, the large majority of mobile users are not expected to notice any drop in monthly fees as the new plans are only aimed at users of the carriers' current discount brands.

Suga has long argued that Japan’s mobile service providers had leeway to slash fees by about 40 percent based on comparisons with costs of plans in other major cities in the West.

The plans announced by KDDI Corp. and Softbank Corp. have monthly fees that are about 40 percent cheaper than the standard amount for Tokyo.

But the new plans are for sub-brands that already have a number of low-cost plans for light users.

The main brands of the two companies that provide services for data transmission of at least 50 gigabytes a month will not have the new fees applied to them.

The low-cost plans offer similar transmission speeds but can't be used on the latest model phones, catering to customers who value price above all else.

Between 80 to 90 percent of customers of Softbank and KDDI use their main Softbank and au brand services and so will not get discounts from the carriers' new fees.

The new lower fees are for plans with 20 GB of data transmission a month, more than enough for users who mainly use their mobiles during commutes to view videos.

The tax-inclusive monthly fees for both of those plans will be about 40 percent lower than currently offered, meeting the government's goal to bring Japan's mobile prices in line with those in Western nations.

That will allow Suga to boast in the Diet that his administration has already fulfilled one policy pledge.

But because a large majority of mobile users won't see lower monthly fees, the carriers' moves don't align with the Suga administration's ultimate goal of having consumers feel the monthly burden on their household expenses has been reduced.

Attention will now shift to what NTT Docomo Inc. does after Nippon Telegraph and Telephone Corp. completes its takeover of the mobile carrier subsidiary in mid-November.

A major reason the parent company is taking over NTT Docomo is to turn around its position as the mobile carrier with only the third highest profits due to a decline in its market share.

NTT could come out with a totally new fee plan for many of its services in an attempt to boost Docomo's market share.

But regardless of what fees Docomo offers, the Suga administration is expected to continue to apply pressure on mobile carriers.

On Oct. 27, the Ministry of Internal Affairs and Communications compiled a policy package calling for further competition among carriers.

The Fair Trade Commission on Oct. 28 began its own study into the mobile phone market to look for possible violations of the Anti-Monopoly Law.

(This article was written by Ryo Inoue and Ayumi Shintaku.)