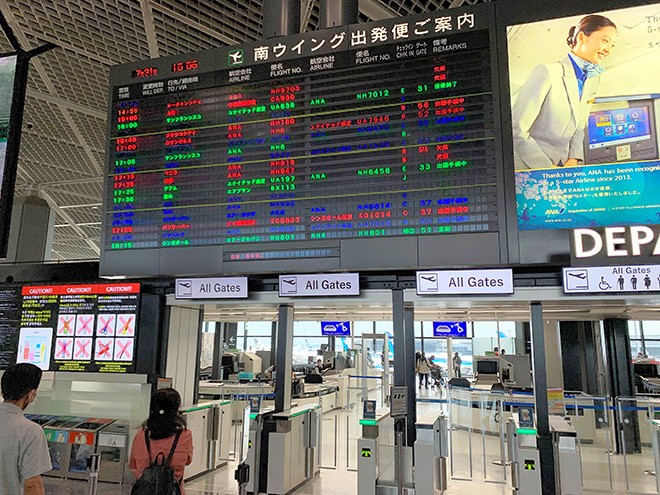 The government will ease entry restrictions from November on foreign arrivals, but at nowhere near the level envisaged by Prime Minister Yoshihide Suga to encourage a greater flow of travelers in and out of Japan to spur economic activity.

Japanese businesspeople on overseas trips and foreign residents returning to Japan will no longer be obliged to self-isolate for two weeks.

In addition, advisories to avoid visiting and entry bans on citizens of 11 nations and regions will be lifted from November. The nations include China, South Korea, Taiwan, Australia and New Zealand. This will mark the first lifting of entry bans since the measures were implemented to prevent a further spread of the novel coronavirus.

At an Oct. 30 meeting of a government task force that decided to ease entry restrictions, Suga pointed out that new COVID-19 cases continued to increase at a gradual pace from October, indicating further vigilance was needed.

He had emphasized economic revitalization and issued instructions to consider ways to ease entry restrictions.

After replacing Shinzo Abe as prime minister in September, Suga noted that Japan had the capacity to test 10,000 arrivals a day from overseas but that the actual number of people taking polymerase chain reaction and other checks was well below that figure.

Measures concerning entry restrictions entered a new phase after Suga took office. For example, entry restrictions were relaxed for all nations but limited to those who planned medium- to long-term stays. Tourists are still banned, but short-term business visas have been issued.

The latter visits were allowed on condition the entrants self-quarantined for two weeks on arrival. That made it difficult for businessmen to plan trips to Japan if they only intended to stay for a few days.

Exempting the self-quarantine period is also possible. However, 16 nations in other parts of Asia are the only possible candidates for the measure. Officials noted that bilateral agreements on quarantine control are also required before the exemption can take effect.

So far, agreements have only been reached with Singapore, South Korea and Vietnam.

Government officials also looked into possibly expanding the easing of entry restrictions beyond the 16 nations, including those in the West.

At one time, there was talk about implementing an exemption for business travelers who would only be staying in Japan for under 72 hours. Initially, that measure would have been applied to 30 nations and regions with close economic ties to Japan, including the United States, Europe and India.

But the recent surge in COVID-19 cases in Europe led to calls for greater caution and focus was shifted to applying the 72-hour rule to the other Asian nations that have looser conditions for business travel.

In the end, the idea of allowing 72-hour stays was abandoned.

While some government agencies are still pressing to further ease entry restrictions, the situation within Japan also cannot be ignored.

A spike in COVID-19 cases at this junction would almost certainly push back a further relaxation of restrictions.