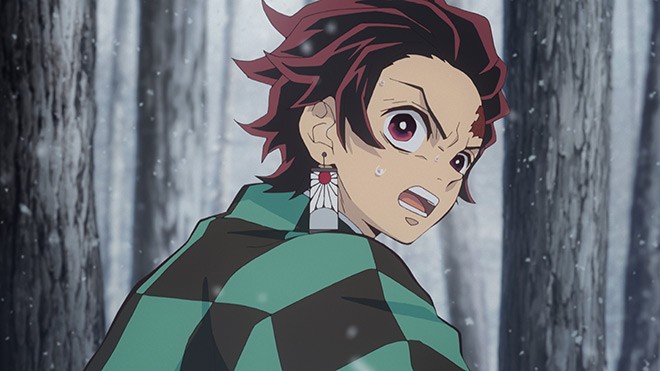 The blockbuster “Demon Slayer the Movie: Mugen Train” has welcomed aboard more than 10 million moviegoers on its record-breaking run so far, its distributors said Oct. 31.

Box-office revenue hit 10.7 billion yen ($102 million) in just 10 days since the animated film’s release on Oct. 16, outpacing “Spirited Away,” which topped the 10-billion-yen milestone in 25 days, according to an earlier announcement by Toho Co. and Aniplex Inc.

The movie “Demon Slayer” is based on Koyoharu Gotoge’s manga of the same title, which portrays a boy fighting human-devouring demons during the Taisho Era (1912-1926).

The manga’s popularity has skyrocketed since it was made into a TV anime series in 2019. It ended its run in the weekly comic anthology Shukan Shonen Jump in May.

The movie depicts the story that follows the anime’s final episode.

The manga’s book form version, including its electronic edition, has sold more than 100 million copies.