1st cruise ship sails out of Yokohama with special measures 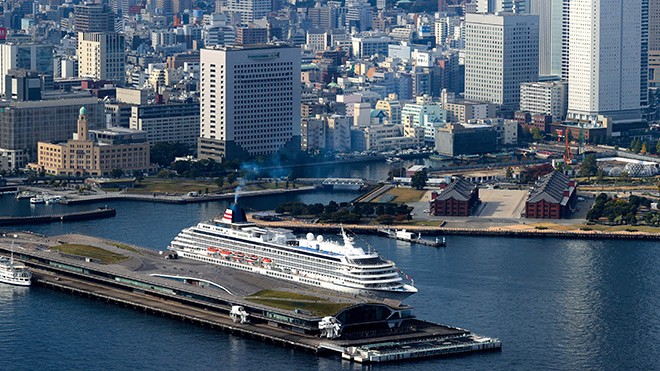 A cruise ship with passengers sailed out of Yokohama Port on Nov. 2 for the first time since the novel coronavirus pandemic became rampant in Japan.

The 50,444-ton Asuka II, operated by NYK Cruises Co., left its home port in the city of Yokohama at 5 p.m. after having suspended operations for 302 days.

The domestic cruise line has resumed operations after suspending scheduled trips due to the pandemic.

The ship then underwent renovations, adding an outdoor hot tub on the top deck, but was sidelined as cruise companies halted operations after a British cruise ship, the Diamond Princess, became virus-stricken and quarantined at Yokohama Port in early February.

NYK Cruises suspended a cruise around the world and other lines after March.

The company “has taken the highest safety measures in every conceivable way” before resuming commercial operations, said Fukashi Sakamoto, president of NYK Cruises.

Staff will work thoroughly to “prevent anyone infected with the virus from boarding the ship,” Sakamoto said.

Crew members are required to take a polymerase chain reaction (PCR) test twice or more before boarding. Passengers are also required to take a PCR test in advance by using a kit to collect saliva that the company mails to their home.

On the day of boarding, passengers are asked to submit a questionnaire and report their health conditions and have their body temperatures checked.

The company has also implemented measures to prevent the virus from spreading inside the ship if an infected person slips through security.

In addition, the number of passengers has been almost halved from the ship's regular capacity of 872.

Inside the ship, devices to check body temperatures have been set up at 20 or so locations, such as at restaurant entrances.

Buffet-style dining for breakfast and lunch is no longer available. Passengers will instead choose from an a la carte menu.

Three testing devices are available inside the ship to handle cases of suspected COVID-19. A team of clinical laboratory technicians and nurses are also onboard.

The ship has also secured about 20 rooms to separate infected people from others.

NYK Cruises is expected to operate about 30 domestic cruises until Jan. 4, 2021. The longest journey is three nights and four days.

“Cruises were packed until last year,” Sakamoto said. But this year, “passengers can enjoy a laid-back atmosphere.”