Ex-council head not informed of ‘shocking’ change for membership 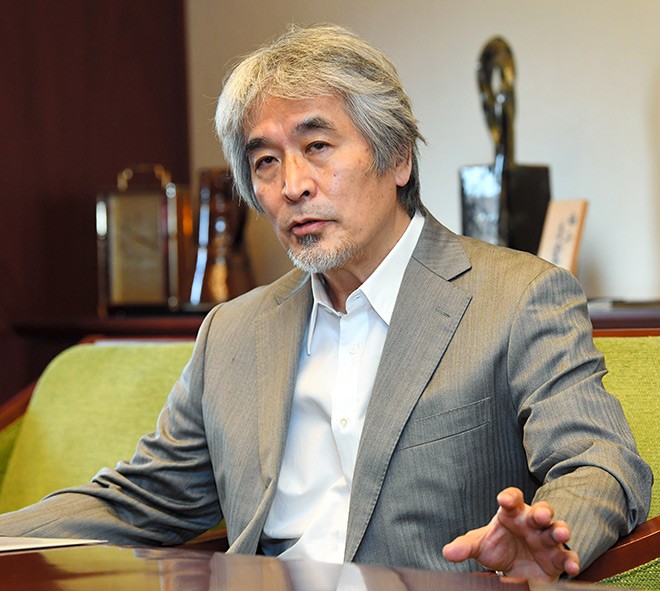 Juichi Yamagiwa, the immediate past president of the Science Council of Japan (Asahi Shimbun file photo)

A former president of the Science Council of Japan, countering statements in the Diet, said he never knew about an “unthinkable” government document now being used to justify the controversy surrounding council membership.

Juichi Yamagiwa, an authority on gorilla studies and former Kyoto University president, headed the Science Council when the latest list of 105 recommended members was compiled. Prime Minister Yoshihide Suga in October declined membership to six of them.

Government officials said Suga had the right to reject the recommended members, pointing to a 2018 document compiled by the Cabinet Office’s secretariat for the Science Council.

“I was told that the head of the secretariat verbally reported on the contents of the document to (Yamagiwa),” Chief Cabinet Secretary Katsunobu Kato said at the Nov. 2 Lower House Budget Committee session.

But in an email interview with The Asahi Shimbun, Yamagiwa wrote that he never saw the document.

“I was never shown it and did not even know of its existence,” wrote Yamagiwa, whose tenure as council president ended in September.

He added that “it is unthinkable” that such a document would be put together without any report to the Science Council president.

Suga became the first prime minister to do so when he turned down the recommendations for six scholars in the social sciences and humanities. He has been accused of violating academic freedom because the six had voiced opposition to various measures implemented by Suga’s predecessor, Shinzo Abe.

Suga has still not explained why he rejected the six.

Under the Science Council law, half of the 210 members are appointed every three years to serve six-year terms. The appointments are made by the prime minister based on the recommendations from the council, the law states.

The November 2018 document was compiled by the Cabinet Office secretariat after consultations with the Cabinet Legislation Bureau. It also stated that the law does not rule out the possibility of the prime minister appointing new members from among a list of recommendations that exceeds the number to be appointed.

In response to questioning by opposition lawmakers in October, officials of the Cabinet Office secretariat said the document was compiled after discussions with various officials, including the head of the secretariat.

Miho Mitsunari, a vice president of Nara Women’s University who served as council vice president at the time, said, “I am shocked that the secretariat compiled such a document without ever informing any of the top officials of the council.”

In August 2018, about three months before the document was compiled, the prime minister’s office raised objections to a candidate recommended by the Science Council to fill a vacancy in the social sciences and humanities field.

As a result, the vacancy was never filled.

Regarding that incident, Yamagiwa wrote: “I made several requests through the head of the Cabinet Office secretariat for a meeting with (Sugita) and asked why the recommended member could not be appointed. But such a meeting never materialized because the only answer I got was, ‘You do not have to come and I will not respond about the reason.’”

Sources in the secretariat said the objection raised by the prime minister’s office was a form of pressure on the Science Council and led to the compiling of the document in November 2018 that asked the council for a list of recommendations that exceeded the number of places to be filled.

Yamagiwa said he has asked Sugita several times for a meeting to explain the rejection of the six recommended scholars but all requests had been denied.