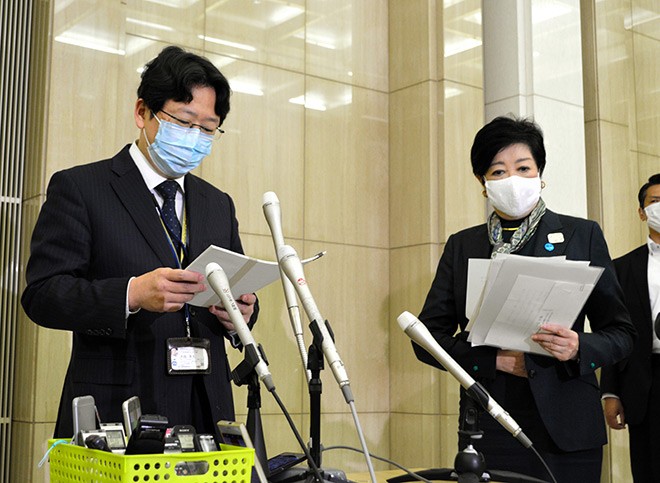 Tokyo added 269 new novel coronavirus cases and reached the highest number of serious cases it has had in nearly two and a half months, officials announced on Nov. 5.

Of the new cases, the Tokyo metropolitan government said 77 patients are in their 20s, followed by 55 in their 30s, 50 in their 40s and 28 in their 50s. Thirty people aged 65 or older also tested positive.

The capital also reported 38 serious cases of COVID-19 on Nov. 5, up by three from the day before. That marks its highest number since Aug. 24, the last time the figure reached 38 people.