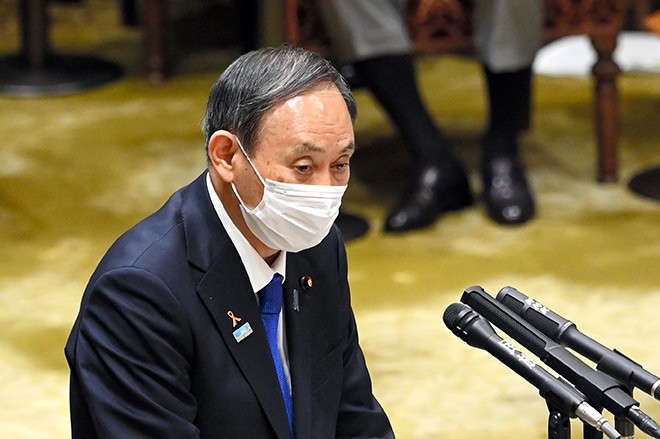 During the Nov. 5 Upper House Budget Committee session, Suga said, “Adjustments prior to the (council’s) recommendations did not work, and, as the result, there were people who fell short of being appointed.”

The Science Council’s law states that the prime minister appoints members based on the council’s recommendations.

Half of the council’s 210 members are appointed by that way every three years.

To protect the council’s independence, lawmakers have said in the Diet that prime minister’s approval of the recommendations was a mere “formality.”

But in 2017, under the Abe administration, the prime minister’s office asked the council to show an advanced list of 111 recommendations,  including six who would remain as candidates in the final selection phase but not make the official list of 105. The council complied.

Suga apparently referred to this precedent after Satoshi Ninoyu, a ruling Liberal Democratic Party lawmaker, asked the prime minister to explain the process of appointing scholars to the Science Council.

“There used to be a certain adjustment made between the secretariat of the Cabinet Office and the Science Council chair through various exchanges of views before the council submitted formal lists of recommendations of scholars for membership,” Suga said.

They said that amounted to political intervention.

Yuko Mori, a lawmaker with the main opposition Constitutional Democratic Party of Japan, said, “It is a declaration that politics will interfere with the Science Council that has been independent, and do so resoundingly.”

“There is no problem at all,” Kato said, adding that a prior adjustment was “merely an exchange of opinions” between the government and the council.

The six scholars rejected for council membership in October had all criticized government policies.

Suga has given a number of explanations for his decision but has yet to clarify why those six were rejected.