‘Your boyfriend is childish’ post triggers huge brawl in park 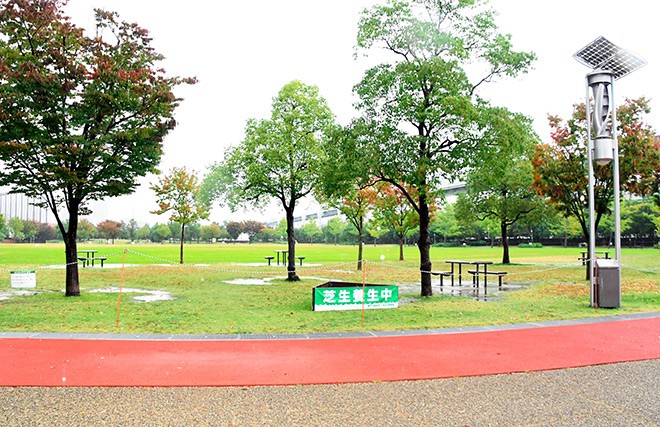 A huge fight involving 50 or so youths occurred early Aug. 23 at Minato no Mori Park in Kobe. Photo was taken Nov. 2. (Tomoki Morishita)

KOBE--A posting on Instagram that said “Your boyfriend is childish” triggered an all-out brawl at a park here involving 50 or so pumped up youths, leaving one with serious injuries and resulting in eight arrests.

The incident occurred at Minato no Mori Park in the city's Chuo Ward around 1:30 a.m. on Aug. 23, according to the Kobe Suijo Police Station of Hyogo prefectural police.

The initial spark for the early morning mayhem was a video livestreamed by a couple, both 19 years of age, celebrating their first month of dating.

A 19-year-old female reacted to the celebratory video by messaging, “Your boyfriend is childish.”

The youth who posted the video assumed the message had come from one of his friends and jokingly replied, “I will kill you.”

The same day, the teenage female sent an apology and things seemed to settle down.

But three days later, she chatted about the exchange on Instagram with a 19-year-old male friend, an indoor handyman, who got incensed and said, “I will force him to apologize.”

Using the Line messaging app, he contacted the youth who posted the video and asked him to come to the park early on Aug. 23.

Both groups brought along friends as a show of support after exchanging Line messages.

Forty or so people from Kobe, including the indoor handyman, started punching and kicking the other 10, some of them university classmates, from Osaka Prefecture.

A university student from Osaka Prefecture who is an acquaintance of the couple was left with an orbital floor fracture, or fractured eye socket.

Eight males from Kobe, aged between 17 and 20, including the indoor handyman, scaffolders and high school students, were arrested on suspicion of assault against the three injured youths.

Kazuo Takeuchi, an associate professor of children's issues and social media at the University of Hyogo, cautioned that people should take more care in the content they post.

“People should think very carefully before they send messages,” Takeuchi said. “Sometimes messages are posted with slanderous words although the sender may not see it that way and is posting simply to attract attention from others. The problem is that the people who feel slandered are left traumatized because the message remains on the internet.”