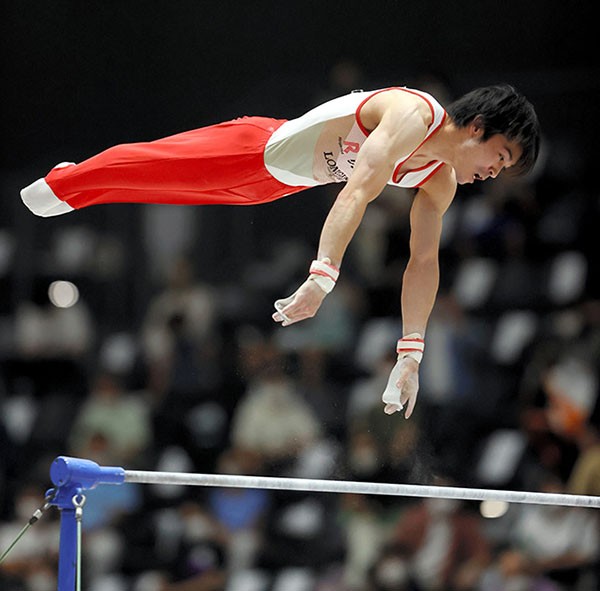 Japanese gymnastics star Kohei Uchimura, whose false positive test for Covid-19 last week briefly appeared to threaten a four-nation meet that is a key test for the 2020 Olympics, said on Saturday it was all good experience in preparing for the Games.

The winner of three Olympic gold medals, Uchimura is among 30 gymnasts from Japan, the United States, China and Russia, competing in Sunday's meet. It will be the first international event at a 2020 Olympics venue since the Games were postponed in March due to the coronavirus pandemic.

The one-off friendly event is seen as a crucial trial run for having international athletes travel to and compete in Japan safely during the Olympics, which will bring some 11,000 athletes to Tokyo. A few international matches have been held in some sports recently, but they remain rare.

Uchimura, whose false positive test alarmed organizers and forced practice to be halted as Japanese athletes were re-tested, said it felt as if "time had stopped" but was ultimately useful.

"If you think of heading for the Olympics in this irregular situation, I think it was a really good experience," he told an online news conference.

"We need to be able to perform under any circumstances, especially given the pandemic."

"This is the first international meet to be held in Japan and for the Olympics to come off we need this to go successfully," he added.

Gymnasts from all four nations practiced on Saturday at the Yoyogi National Gymnasium under the suspended roof of architect Kengo Tange's masterpiece, built for the 1964 Olympics, in a subdued and serious atmosphere.

Coaches wore masks as they issued instructions and judges sat behind perspex screens. Gymnasts all brought their own equipment, including chalk, which formerly was shared.

After PCR tests at their hotel in the morning, all athletes and support staff must have their temperature checked and apply disinfectant to their hands when arriving at the venue. Additionally, anybody entering - including up to 2,000 spectators--is sprayed with a disinfectant mist.

All the athletes involved are aware this is a match like no other and nobody is complaining about the strict measures, including moving only between their hotel and the venue.

"Our job as athletes is to perform our best at any meet, and on top of that we need to make sure nobody gets hurt or infected--that we can be a good model for the Olympics," Uchimura said.