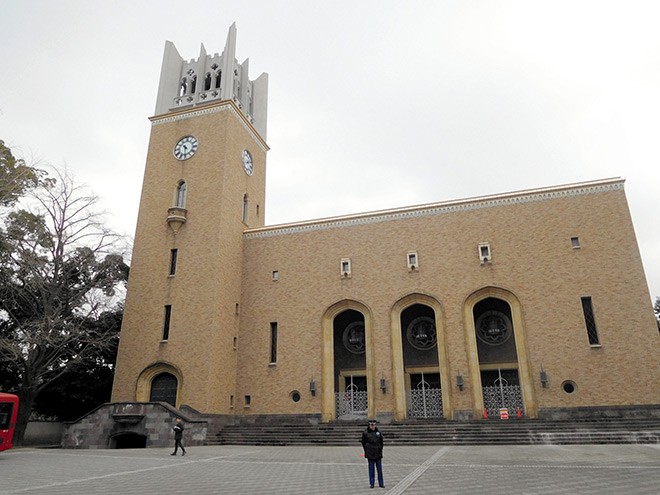 A Japanese Olympic Committee (JOC) official committed “power harassment” when he was teaching at Waseda University by bullying and verbally abusing two staff members, an investigative committee at the school concluded.

Hidenori Tomozoe, 64, a JOC senior executive board member, was not reprimanded by Tokyo-based Waseda University, but he resigned from his university post in October, saying, “I don’t think there was harassment.”

According to sources, a whistleblower in November 2019 reported Tomozoe’s actions when he was a professor at the university’s Faculty of Sport Sciences and a member of Waseda’s board of directors.

The university set up the investigative committee, which submitted its report to the faculty’s head in June.

The report was shared among members of another panel established within the faculty to handle Tomozoe’s resignation.

Tomozoe also forced the teachers to reply to his email messages in the late hours and demanded they do his chores, such as buying lunch.

These activities can be considered power harassment, the committee concluded.

Tomozoe, who said he has not seen the report, said: “My understanding is that there was no harassment. I believe I did my very best for the two.”

He resigned from the board on Sept. 23 and retired from Waseda University on Oct. 25.

He said he resigned “because I was exhausted from various things.”

Tomozoe’s lawyer said the JOC official “has not received any punishment from Waseda University.”

“He decided to quit because he wanted to finish his teaching career at Waseda University,” the lawyer said.

A university representative said the report is for internal use only and would not go into detail on the matter.

“It is an extremely sensitive issue. We handled it by following our regulations and examining compliance,” the representative said. “But he made a serious offer, which is his resignation, at an early stage. Then he retired. The reasons for his retirement are his own.”

Tomozoe specializes in sport pedagogy and has made comments about violence and harassment issues in sports.

He has held a high position at the Japan Sports Agency and used to chair such organizations as the Japanese Society of Sport Education and the Japan Society for the Pedagogy of Physical Education.

He led an expert panel that drew up the Japan Sports Agency’s guidelines for sports activities at schools.

Tomozoe also headed the Faculty of Sport Sciences at Waseda University from 2012 to 2016.