Owner of Trump Tower in Tokyo says, ‘Don’t be a sore loser’ 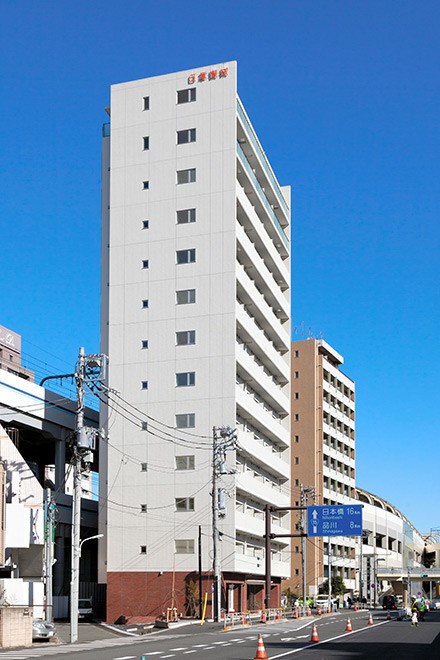 Persuading Donald Trump to gracefully accept defeat in the U.S. presidential election appears to be a near-impossible task for his aides and family members.

But they may have found an ally from an unlikely quarter.

This being Japan, Akihiko Kobayashi, 72, is not part of the inner Trump circle. But his claim to fame is as owner of Trump Tower, a rental apartment building in Tokyo’s Kamata district.

“You’ve got to be smart and know when to leave,” he said with an eye-rolling expression.

Kamata, in the central part of the capital's Ota Ward, is known mainly for its many small factories.

The 13-story Trump Tower here, a 3-minute walk from Keikyu-Kamata Station, is a shadow of the 58-floor glittering high-rise of the same name on New York's Fifth Avenue.

The apartment, built in 2014, was named after a card game, not its owner.

It became a topic of conversation when Trump defeated Hillary Clinton in the 2016 presidential election. Curious people started stopping by to snap photos of the building.

Kobayashi had in fact rooted for Trump “as a fellow business owner.”

But he became disenchanted by Trump's antics in the aftermath of the closely fought election, citing Trump's indulgence in playing golf.

“He is so obsessed and doesn’t know when to give up,” Kobayashi said.

“The outcome of the election is there (for all to see),” he said. “I hope he finds it within himself to withdraw gracefully and hand over the baton to the next (president).”

Kobayashi, meantime, has clearly moved on and now talks about his hopes for the new Biden administration.

“I hope (Biden) works through the North Korea’s abduction issue,” he said.

Kobayashi said he has no intention of changing his property’s name to “Biden Tower” because all 66 units in the apartment building are constantly full.