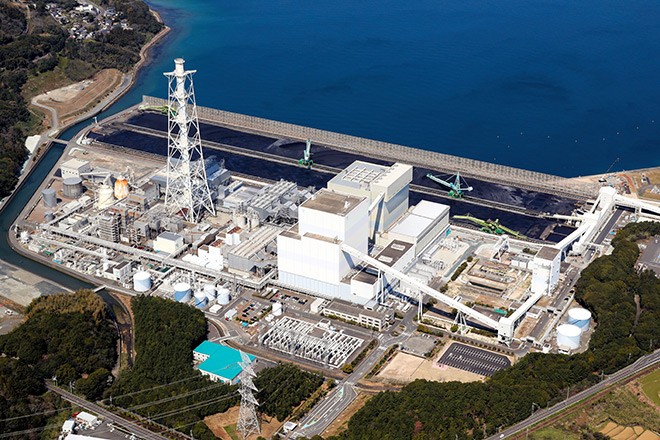 As the world attempts to kick its addiction to fossil fuels, Toshiba Corp. is withdrawing from construction of new coal-fired power plants and looking to pivot its business toward renewable power enterprises, sources said on Nov. 10.

The move is in line with the global trend by countries and businesses toward greener energy sources instead of coal power.

Toshiba expects demand to drop for coal-fired power plants, given that coal-fired thermal power generation is seen as the largest emitter of carbon dioxide.

Even the latest type of coal-burning technology is believed to emit about twice as much carbon dioxide as power plants that use liquefied natural gas.

The German company Siemens AG announced on Nov. 10 that it will no longer construct new coal plants, while General Electric Co. of the United States also plans to withdraw from the business.

Toshiba constructs nuclear, thermal, hydro and other types of power plants, and provides maintenance and inspection services for them.

While Toshiba will not accept more orders for coal plants, it will still construct the remaining plants for which it is already contracted to build. It will also continue to provide maintenance and inspections of existing power plants.

Its move away from coal plants will not affect the company's financial footing.

Toshiba makes most of its profits in the coal-fired power plant business from maintenance operations of existing facilities. Sales from its construction business account for less than one percent of the company's total sales turnover.

It is directing its efforts toward infrastructure enterprises that leverage digital technology and eyeing up greener, more modern power enterprises such as solar, hydrogen and rechargeable batteries, sources said.

Toshiba plans to invest around 160 billion yen ($1.52 billion) in its renewable energy business through fiscal 2022 to make it one of its financial pillars.