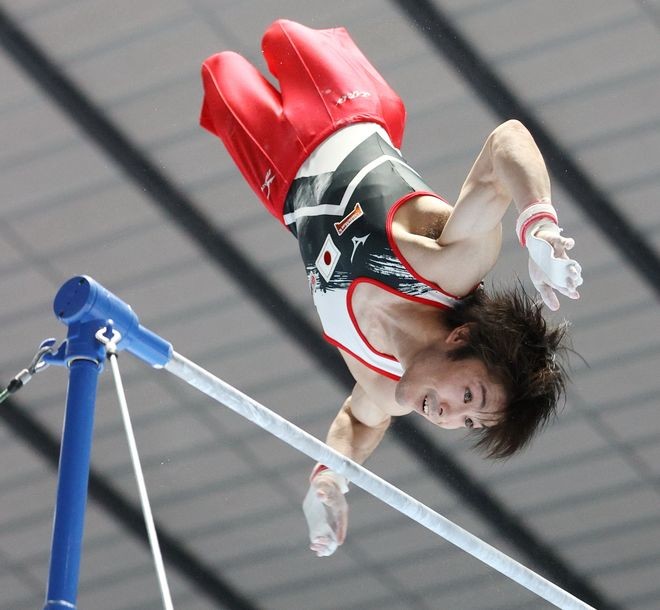 The brains of top-level gymnasts are wired differently from the rest of us mere mortals, which is why they can perform amazing feats, research shows.

Scientists from Juntendo University and other institutions studied brain scans of 10 athletes with world championship experience and found that areas of the brain governing motor function, spatial perception and other processes are significantly larger in volume than those of non-gymnasts.

In some cases, the brain areas tend to be larger in athletes with higher competitive ability.

Researchers led by Hidefumi Waki, a professor of physiology at the Juntendo University Graduate School of Health and Sports Science in Chiba Prefecture close to Tokyo, studied the brains of 10 male gymnasts with skills that could qualify them to serve on Japan’s national team. The subjects included members of Juntendo University’s gymnastics club.

The study set out to discover what sets gymnasts of such caliber apart from non-gymnasts, based on the premise that they are required to have outstanding muscular strength, limberness and sense of body balance.

The brain processes information captured by the eyes and skin and links it with body movements. Nerve cells, which are concentrated in the cortex on the brain’s surface, play different roles from one area of the brain to another.

Magnetic resonance imaging (MRI) was used to obtain three-dimensional images of the brains to compare the volumes of their brain cortex in 34 regions with those of 10 non-athlete males of about the same age.

Five of those brain regions were found to be about 10 percent larger in the athletes than in the non-gymnasts. Those regions include one that has to do with motor function (precentral gyrus) and another that has to do with spatial perception, integration of sensory information and other processes (inferior parietal lobule).

No brain region was found to be smaller in the athletes than in the ordinary males.

The scientists also studied the correlation between the volume of the cortex in the five regions and the gymnasts’ competitive skills.

They found the higher the mean of the maximum scores obtained in six gymnastics events, such as the horizontal bar and floor exercises, the larger, as a general trend, the volume of the brain region that has to do with spatial perception, integration of sensory information and other processes.

The volume of a separate region of the brain that exerts centralized control over a body's other organs was also found, as a tendency, to be larger in athletes with higher average scores.

No correlation was found in the volume of the brain region that has to do with motor function.

“Gymnasts make instantaneous decisions on their body position at the sight of rings, the horizontal bar or other instruments,” Waki said. “Their ability for processing information before they ever make any body movements could be key to their difference in competence.”

It was previously known that the volume of the brain’s cortex, where nerve cells are concentrated, differs from one person to another and can change well into adulthood.

One overseas study found that the volume of the brain’s cortex was found to have increased in part of the temporal lobe, which is home to the speech center, and other brain regions in Colombian guerrillas who learned reading and writing following their reintegration into society.

The gymnasts who participated in the latest study had trained for 10 to 19 years. The characteristic features of their brains are likely less inborn than acquired through training.

“Our findings could help develop new training methods or find other gymnasts with potential,” Waki said.