Study: Infection clusters can be avoided at nearly full stadiums 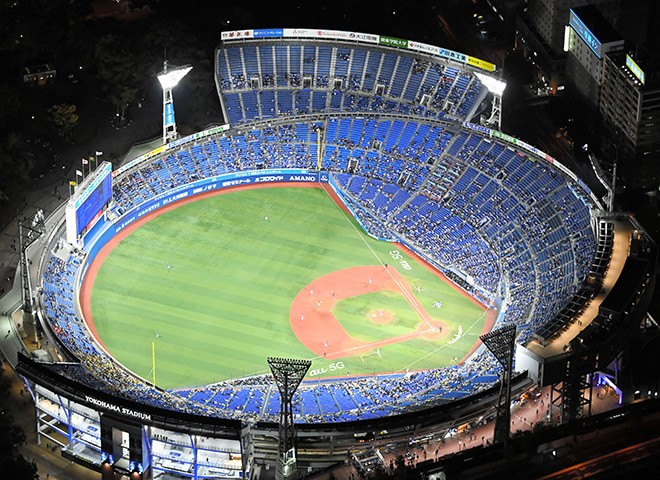 Proper measures can mitigate the spread of the novel coronavirus in near-capacity baseball stadiums, according to a study, but the government will extend its crowd restrictions at such large venues into next year.

The study report was presented at the government’s subcommittee on dealing with the COVID-19 pandemic on Nov. 12.

A trial run of sharply increasing attendance started at the end of October for professional baseball games at Yokohama Stadium in Kanagawa Prefecture to test the effectiveness of anti-virus measures.

The project was planned when the government was considering a further easing in December of entry restrictions for large events.

During the three-game series, 51 to 86 percent of the 32,000 or so stadium seats available for the games were filled, but no cluster infections have been reported since then, according to the interim report.

“It is possible to create an environment to prevent infections (at baseball stadiums),” the report concluded.

During the trial run, high-definition cameras and equipment that can measure CO2 levels were set up at the stadium to check for any infection risk.

The monitoring also showed that the use of face masks was more likely when attendance increased.

Staggering the entry and exit of spectators also helped to reduce crowd congestion, according to the report.

The report pointed to a need to create a system to check fans’ health conditions beforehand because some who watched the games said they felt unwell in questionnaires filled out upon entering the stadium.

Despite the report’s optimistic outlook, the subcommittee on Nov. 12 approved the government’s plan to maintain crowd restrictions at large events until the end of February, given the recent surge in new COVID-19 cases around the nation.

Under those restrictions, only half of the seats at venues with a capacity exceeding 10,000 can be filled.

However, entry restrictions for movie theaters will be lifted in December, according to sources.

The subcommittee also compiled a list of measures to prevent infections at shrines and temples on New Year’s Day, when hordes of people are expected to visit the sites to make wishes for the coming year.

The measures include urging people to stagger their visits and to refrain from consuming food and drinks on the grounds of the shrines and temples.

(This article was written by Shuichi Doi and Ayako Nakada.)