EDITORIAL: By opting to play it safe, who is in the driver’s seat? Suga stays mum 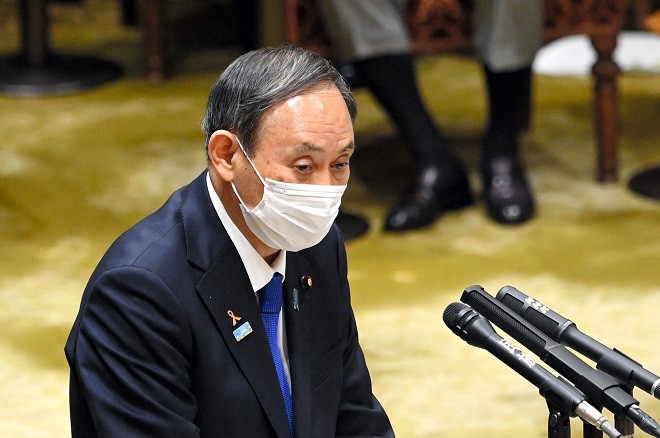 The manner in which Prime Minister Yoshihide Suga has responded to questions from the opposition camp at the Diet to date indicates that he has no intention of engaging in serious and honest policy dialogue, the very foundation of parliamentary politics.

During the first extraordinary Diet session since he took office, Suga has point-blank refused to answer inconvenient questions and mostly read from prepared remarks for specific issues, no matter how questions about them are framed. He has hardly spoken in his own words in all this time.

Here’s one example of how he typically answers a question about his controversial decision to reject six of the nominees to the Science Council of Japan.

Students who are studying under the guidance of the six rejected scholars are worried about whether their job hunting activities may be affected as a result, the questioner pointed out and asked “What do you think about your responsibility for this (situation)?”

Suga replied, “To ensure that the Science Council can fulfill the expectations of the people, it is necessary to review the state of the organization.”

Suga’s answer was completely off the point.

When he was asked to offer a straight answer to the question, Suga said he was not in a position to comment on appointment decisions concerning individual candidates for council membership. He later added “there should be no situation” where these students have to worry about their futures because of this reason. But he would not have offered these irrelevant answers in the first place if he had correctly understood the point of the question.

Suga’s performance was no better when he responded to questions related to his carbon neutral pledge to reduce Japan’s greenhouse gas emissions to “net zero” by 2050, which he made in his policy speech at the outset of the current Diet session.

Suga has cited the use of nuclear power generation as one of the policy options to achieve the goal. Yukio Edano, the head of the opposition Constitutional Democratic Party of Japan (CDP), repeatedly and in various ways, asked Suga if he thinks it is a possible option to build a new nuclear power plant or expand an existing one. But the prime minister simply kept saying he has no such plans at the moment.

It seems Suga has focused on offering no opening for opposition attacks on his administration. But his attitude closes the door to constructive bipartisan debate on Japan’s path to a carbon-free future.

During the seven days of Diet sessions--in which Suga answered questions about his policy speech and meetings of the Budget Committees of both houses--he effectively declined to answer questions 62 times, according to a tally by The Asahi Shimbun. They include 42 cases where he dodged questions about the Science Council issue.

Suga has also frequently omitted explaining points with such phrases as “this I have mentioned earlier” or “the same as the comments made by the chief Cabinet secretary.”

The number of cases of the prime minister or other top government officials declining to answer questions at the Diet spiked during the administration headed by Suga's predecessor, Shinzo Abe. Abe’s usual ploy of parrying questions and speaking a length and often irrelevantly about his thoughts and opinions accelerated the Diet debate’s degeneration into a pointless exercise.

While Suga’s political style is different from that of his former mentor, he appears to be even less committed to offering meticulous explanations about his policy decisions and actions or engaging in serious debate on policy issues.

The LDP’s response to the way Suga has handled questions about his administration’s policies offers little hope for the Diet’s mission of rebuilding its role as the watchdog of the administrative branch’s actions.

There are three more weeks to go until the end of the current Diet session, with a plethora of tough policy challenges that need to be tackled, from how to cope with what some experts describe as a “third wave” of infections of the new coronavirus in Japan to urgent foreign and security policy issues.

The Diet should initiate in-depth debate on these challenges through special intensive Budget Committee sessions to discuss them and one-on-one debate on them between the prime minister and the heads of other parties, an event that has not been held since June last year.