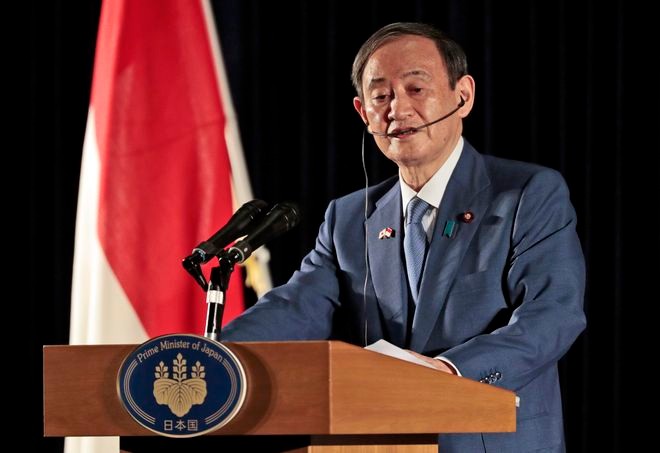 The Comprehensive and Progressive Agreement for Trans-Pacific Partnership (CPTPP) links 11 countries including Canada, Australia and Japan.

“Japan will aspire for the Free Trade Area of the Asia-Pacific through the early conclusion of the RCEP agreement and the steady implementation and expansion of the CPTPP as next year’s chair,” Suga said.

The premier made the comment in a pre-recorded video message delivered at the APEC (Asia-Pacific Economic Cooperation) CEO Dialogues, ahead of a leaders’ virtual summit later in the day.

RCEP, or the Regional Comprehensive Economic Partnership, is the world’s largest free trade deal signed this month by 15 economies, while the Free Trade Area of the Asia-Pacific is potentially an even larger pact the 21-member APEC has been aspiring to.

A spokesman for the Chinese commerce ministry said on Thursday his country was open to the idea of joining the CPTPP, while Britain earlier this year announced its intent to pursue accession to the pact.

“As people’s behavioral patterns shift due to COVID-19, accelerating digital transformation is crucial,” he said.