No cost estimate in interim report for Aegis Ashore alternatives 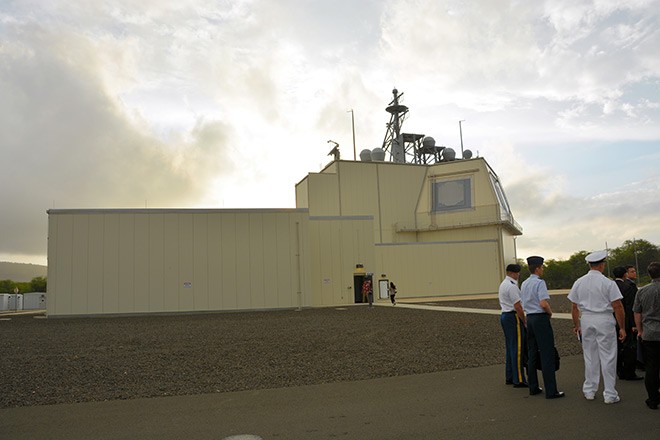 Prime Minister Yoshihide Suga has ordered the Defense Ministry to devise a workaround to the scrapped land-based Aegis Ashore missile defense system and, by the way, he wants it by year-end.

That tight time schedule as well as the many unknown factors involved has led to an interim report that is lacking many vital details needed to make a decision, sources said.

As is standard practice for acquiring new defense equipment, an outside company has been commissioned to hammer out the estimated cost.

However, inadequate information was provided by Lockheed Martin Corp., the U.S. manufacturer of the Aegis Ashore system, along with the brief time period given to compile the report, the sources said.

Both difficulties have led to an interim report that contains no inkling of expected total cost, when the system might be acquired or the number of Self-Defense Force personnel needed to operate the system, according to Defense Ministry sources.

Even ministry officials are saying the process is a hasty one. It would be highly unusual to decide on an alternative missile defense system without knowing what the purchase price or maintenance expenses are likely to be.

Under the plan being considered by the Defense Ministry, the land-based equipment for the Aegis Ashore system would be converted for maritime use. Among the possibilities are installing the system on a destroyer, a commercial ship or an oil rig-like structure.

Because such an installation of land-based equipment onto a ship has never been attempted, two major domestic shipbuilding companies that have constructed defense equipment were asked to look into the cost, technological issues and the practicality.

According to sources, an attempt was made to calculate the costs for the three proposals made by the Defense Ministry. But not even an estimate could be calculated for the maintenance and repair expenses, which are expected to be astronomical. It was also difficult to estimate a total acquisition cost because of the many unknown factors involved.

When the Defense Ministry was still pushing the Aegis Ashore system in 2019, officials made a cost comparison between that system and acquiring two Aegis destroyers as an alternative.

The estimate was that the Aegis destroyers would cost about 700 billion yen ($6.7 billion) over the 30-year operating life of the ships, about 1.5 times the overall cost of installing two land-based Aegis Ashore systems.

Defense Ministry officials said the cost of installing the land-based equipment on a maritime vessel would be far greater and apparently the interim report will not include an estimated total cost for the alternative.