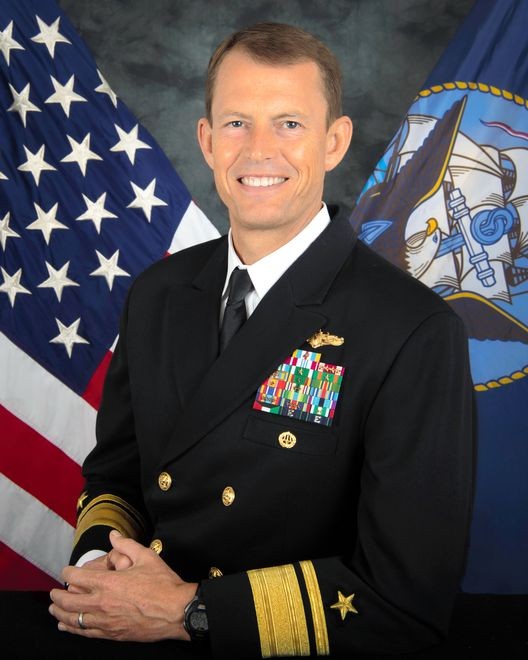 TAIPEI/WASHINGTON--A two-star Navy admiral overseeing U.S. military intelligence in the Asia-Pacific region has made an unannounced visit to Taiwan, two sources told Reuters on Sunday, in a high-level trip that could vex China.

The sources, who include a Taiwanese official familiar with the situation, said the official was Rear Admiral Michael Studeman. The sources spoke on condition of anonymity.

According to the Navy's website, Studeman is director of the J2, which oversees intelligence, at the U.S. military's Indo-Pacific Command.

The Pentagon declined comment, as did Taiwan's Defense Ministry. Taiwan's foreign ministry confirmed on Sunday that a U.S. official had arrived in Taiwan but declined to provide details, saying the trip had not been made public.

China, which claims democratically run Taiwan as its own territory, reacted with fury when U.S. Health Secretary Alex Azar came to Taipei in August, followed by U.S. Undersecretary of State Keith Krach in September, sending fighter jets near the island each time.

The Trump administration has ramped up support for Taiwan, including with new arms sales, alarming China.

It was not immediately clear whether Studeman's visit would be seen as an escalation by Beijing. Still, he could be one of the most high-ranking U.S. military officers known to have visited Taipei in recent years.

Douglas Paal, a former head of the U.S. representative office in Taiwan who is now with the Carnegie Endowment for International Peace, said: "If it is Indopacom J2 Studeman, I know of no precedent for such a visit."

But Randall Schriver, a former assistant secretary of defense for Asia during the Trump administration, said Trump's Pentagon had been quietly sending one-star flag officers to Taiwan on a routine basis.

He noted that the United States and Taiwan had close intelligence exchanges on the threat from China's military.

Bonnie Glaser, a regional security expert at Washington's Center for Strategic and International Studies think tank, said it would not be unprecedented for a U.S. flag officer to visit Taipei.

The Taiwanese and U.S. militaries have a close relationship, though rarely mention those ties in public.

Eric Sayers, who worked as an adviser to former PACOM commander Admiral Harry Harris and is now a visiting fellow at the American Enterprise Institute, said it was his understanding that two-star officers have visited Taiwan before.

"However, the goal on both sides has been to keep these military-to-military exchanges discreet, so they can continue on a regularized basis," he said.

Taiwan's United Daily News published pictures of an unmarked private jet, which it identified as being a U.S. military aircraft, arriving at Taipei's downtown Songshan airport, and what appeared to be officials waiting at its VIP terminal.

Data on the flight-tracking website planefinder.net showed a private flight arriving from Hawaii--home to the headquarters of the Indo-Pacific Command--into Songshan airport late Sunday afternoon, shortly before the United Daily News published the pictures on its website.

In a brief statement, Taiwan's Foreign Ministry said there were frequent interactions with the United States and that "we welcome the visit of the U.S. official."

"But as this itinerary has not been made public, based on mutual trust between Taiwan and the United States, the Foreign Ministry has no further explanation or comment," it added.

The de facto U.S. embassy in Taipei declined to comment.

The United States, like most countries, has no formal diplomatic ties with Taiwan, but is the democratic island's most important international backer and supplier of arms.