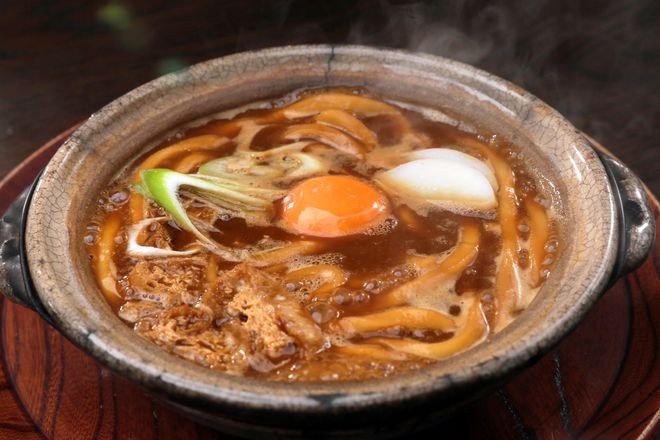 Every reporter on the Aichi prefectural police beat has heard about a scandal that came to light a decade ago.

A prefectural assembly member, who was campaigning in an Upper House election, was arrested for allegedly treating 13 voters to bowls of "miso nikomi udon" (a local noodle-soup dish seasoned with miso) to the tune of about 20,000 yen ($190), all told.

Having grown up in the Tokai region myself, I was well acquainted with this thoroughly humble dish, and never expected it to figure in something as grave as election fraud.

According to press clippings from that time, the arrested assemblyman spent a little over 1,000 yen for each of the 13 voters he treated. And for his offense, he resigned from the prefectural assembly and paid a fine.

I am now wondering how much money was spent per person on banquets, hosted by then-Prime Minister Shinzo Abe’s official support organization, on the eve of the annual cherry blossom viewing parties that Abe hosted.

The Tokyo District Public Prosecutors' Office, which is handling this case, has questioned Abe's aides and others who said the evening events were held at upscale hotels with large banquet halls featuring names such as "Tsuru no Ma" (Crane room), "Ho-o no Ma" (Ho-o room), "Enkaijo Galaxy" (Banquet hall galaxy)" and so on.

If the prosecutors' claims are valid, about 800 members of Abe's support organization each received discounts of several thousand yen every time they attended a banquet on the eve of the year's cherry viewing party.

And since the parties were held from 2013 through 2019, the tabs picked up by Abe's organization must have reached quite a sum over those seven years.

Asked in the Diet why the banquet guests had received hefty discounts, Abe answered with great confidence, "These guests could be fully trusted, unlike first-time customers with no introduction from the regulars."

Russian playwright and author Anton Chekhov, known for his cynicism, famously said, "Although you may tell lies, people will believe you, if only you speak with authority.”

It has been three months since Abe resigned. His voice, uttered in the Diet denying his involvement in the scandal, remains vivid in my memory.

There have been plenty of cases of politicos getting themselves into trouble for being "hospitable" to their supporters, by gifting them with gourmet items such as crabs and melons, or personalized goods such as handheld fans bearing illustrations of the politicians' portraits and bottles of wine with their photos on the labels.

Some were forced to resign from the Cabinet or the Diet.

Now that Abe's aides have volunteered information to prosecutors, I believe he has no choice but to tell the truth with his own words.