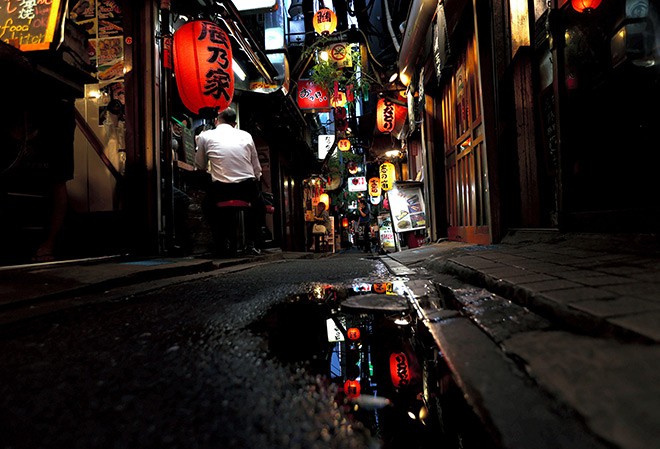 Tokyo Governor Yuriko Koike on Nov. 25 asked restaurants and karaoke parlors that serve alcohol in the capital to close by 10 p.m. between Nov. 28 and Dec. 17 to help contain a surge in serious cases of COVID-19.

In a news conference the same day, she also urged the public “not to go out unless it is essential.”

Outlets in the city's 23 wards, as well as urban centers in the Tama area, are being targeted by the Tokyo metropolitan government's request for restrictions.

The request is the third of its kind after the first wave of infections hit in spring and a second wave in summer.

Restaurants that cooperate with the authorities will be provided with daily compensation of 20,000 yen ($190).

The Tokyo metropolitan government will set aside 20 billion yen for the program.

The latest request reflects growing concern about the ability of the health care system in Tokyo to handle an uptick in cases if the situation continues to worsen in coming weeks.

The metropolitan government said there were 51 serious COVID-19 cases on Nov. 24, the most since late May when a state of emergency was lifted for Tokyo. The count represented an increase of 10 from Nov. 23. It also rose to 54 on Nov. 25.

In a related effort to slow the spread of the pandemic, Koike said the metropolitan government has called on the central government to temporarily halt issuing “Go To Eat” restaurant coupons for three weeks from Nov. 27.

She also requested that the central government urge the public to refrain from using coupons already purchased and rewards points they have received to use later instead of cash at registered restaurants.

However, she left it to the central government to decide whether the “Go To Travel” campaign, a program aimed at shoring up the battled travel industry, should be halted.

After all, it is a central government initiative, she noted.

The metropolitan government said it has already secured 150 beds for patients displaying serious symptoms. It has asked hospitals in Tokyo to secure an additional 150 beds to prepare for a further spike in serious cases.

Tokyo officials are closely monitoring the trend in serious cases to determine the status of hospitals.