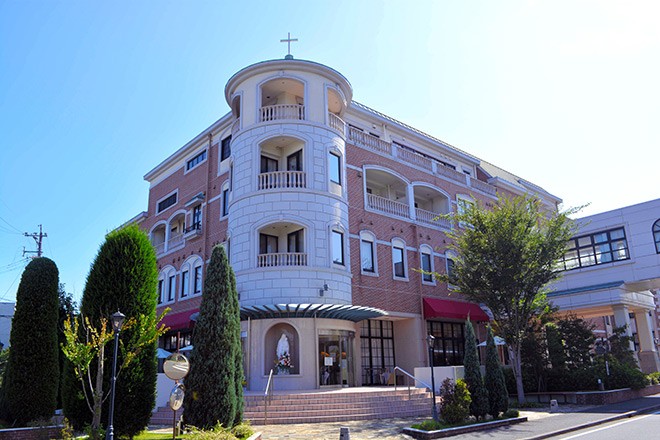 KUMAMOTO--The COVID-19 crisis is expected to spark an increase in unwanted pregnancies, according to a hospital here that takes infants into its care with no questions asked.

It cited the 11 newborns taken in during fiscal 2019 that ended in March, 10 of which were not delivered at a medical institution but likely at home where the mother found herself all alone.

It painted a dire picture of the situation facing pregnant women in recent months and suggested there is worse to come.

A panel of experts set up by the Kumamoto city government met Nov. 27 to look into the situation facing the hospital in the current COVID-19 climate.

The five infant boys and six girls left at Jikei Hospital was the sixth highest number ever. Ten of them arrived at the hospital less than a month after they were born, and of that number nine were less than a week old.

The 11th infant was judged to be between one month and 12 months old.

Hospital officials noted that births at home and outside of a medical institution carry a greater risk of endangering the lives of both mother and child due to a greater risk of major hemorrhaging or the baby emerging without being able to breathe.

Some mothers came to Kumamoto from as far away as the Kanto and Chubu regions.

Four of the infants required immediate treatment for hypothermia and other problems, but there were no signs of physical abuse on any of the ones dropped off.

According to Kumamoto city government officials, the cradle of storks has taken in 155 infants since May 2007 when it was set up.

Over the six months between April and September, Jikei Hospital received a record 3,844 consultation calls concerning pregnancy. Hospital officials also reported an increase in consultations from minors, including junior and senior high school students who were off school due to temporary closures.

“Many of those who consulted about unplanned pregnancies also face financial difficulties,” Takeshi Hasuda, the hospital head, told reporters. “So, we believe there will be a further increase in consultations if more people come under dire economic circumstances due to the novel coronavirus pandemic.”

A record 25 infants were left at Jikei Hospital in fiscal 2008, but since fiscal 2011 the annual figure has hovered around 10. The lowest number was five in fiscal 2016.