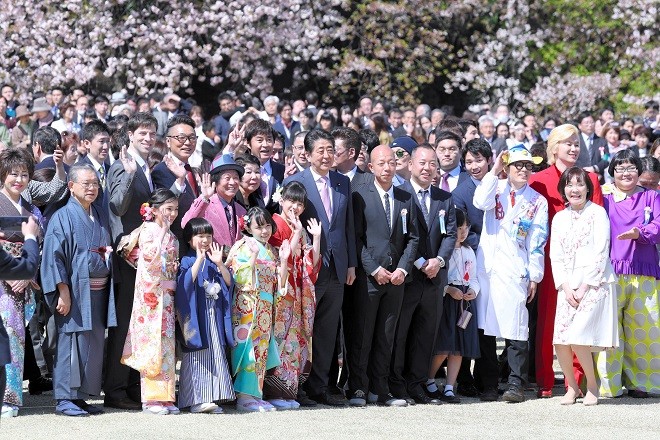 The current extraordinary Diet session is scheduled to close in five days, and the ruling camp has no intention to extend it. But the legislature’s credibility would be damaged if it fails to clear up a series of allegations against the government and top officials.

Officials close to Abe have acknowledged that the group indeed paid part of the banquet costs for five years. Abe’s aides in charge of compiling the legally required political fund reports have told Tokyo prosecutors that they were aware that they should have listed the payments, according to the officials.

These aides have effectively contradicted Abe’s explanations about the matter. For a year, Abe repeatedly asserted that his fund managing group never paid expenses for these annual banquets and, therefore, there was no need to report them under the law.

These serious revelations could cast doubt over the legitimacy of Diet discussions on the issue.

It has been reported that Abe himself was not aware of the group’s payments when he was questioned about the banquets almost every day in the Diet.

Abe needs to answer many questions about the issue. One is how seriously he tried to ascertain the related facts. Another is how the group came up with the more than 9 million yen ($86,000) it paid over five years to cover the shortfall between the cost of the banquets and the fees the participants were charged.

Abe has yet to hold a news conference to answer these questions, while the ruling Liberal Democratic Party has rejected opposition demands to summon the former prime minister to testify at the Diet, citing prosecutors’ ongoing investigation into the matter.

The Diet’s political ethics code requires lawmakers to make sincere efforts to clear up any allegations against them.

Aside from cooperating with the prosecutors’ investigation to determine possible criminal liability, Abe has a duty to offer his own explanations to the Diet, given his weighty political responsibility as a former prime minister.

Another serious issue is Prime Minister Yoshihide Suga’s decision to reject six of the nominees to the Science Council of Japan.

Suga has refused to provide clear reasons for his decision, which runs counter to the spirit of the law and threatens the independence and neutrality of the council.

In his failure to explain the rejections, Suga has, for example, cited the “confidentiality” of decisions concerning such appointments. The government and the LDP in the meantime have tried to shift public attention toward problems with the council.

The government’s intervention in appointing members to the council started under the Abe administration. Kazuhiro Sugita, a deputy chief Cabinet secretary and a former senior National Police Agency official, is believed to have been playing the leading role.

Sugita allegedly crafted a plan not to appoint the six researchers recommended by the council as its new members in response to Suga’s “concerns” about the council.

The truth behind the decision will never be brought out unless Sugita faces questions in the Diet.

There has also been no progress in efforts to get to the bottom of the scandal over the dubious sale of state-owned land to Moritomo Gakuen, a school operator linked to Abe’s wife, Akie.

Government officials have refused to hand over a key document drafted by an official at the Kinki Local Finance Bureau who committed suicide after being forced to fabricate documents related to negotiations of the land deal.

When the Lower House investigative bureau asked the Finance Ministry to submit the file, which is believed to include detailed descriptions of the falsification process, ministry officials reportedly rejected the request, citing the ongoing lawsuit filed by the official’s widow.

The officials even refused to say whether such a document exists, according to a report submitted on Nov. 9 by the head of the Lower House investigative bureau.

The Diet is facing a vital test of whether it can prevent the government from giving short shrift to the legislature and stem the decline in public trust in politics.

Both the ruling and opposition parties should take seriously this credibility crisis for the entire legislative branch.