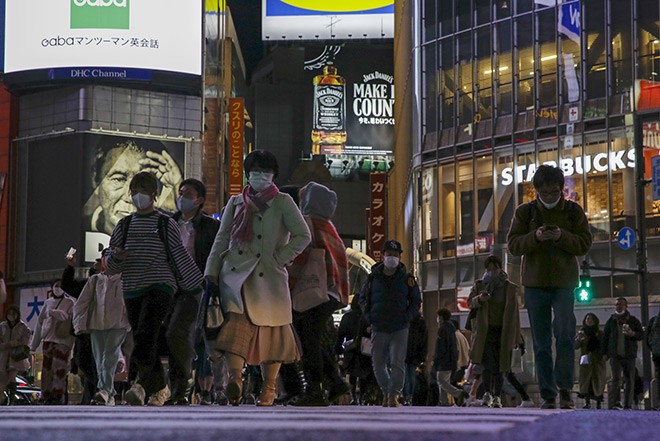 Tokyo logged 500 fresh cases of the novel coronavirus on Dec. 2, its highest for a Wednesday yet, and Hokkaido reported five deaths from COVID-19.

Aichi Prefecture confirmed 219 new cases, of which 113 were in Nagoya.

In Aichi Prefecture, serious cases as of Dec. 1 numbered 30, up by two from the day before and setting a record for two consecutive days.

The previous record for a Wednesday in Tokyo was marked Nov. 18 with 485 cases, according to the metropolitan health officials.

The number of serious cases on Dec. 2 dropped by three from the previous day to 59.

Authorities in the capital, Sapporo, recorded 66 new cases, the lowest daily figure since officials declared Nov. 7 that a concentrated effort was needed to contain the virus.

But in the city of Asahikawa, where an infection cluster has occurred at multiple hospitals, a record 46 new cases were registered Dec. 2.

In Okushiri town on remote Okushiri Island, which has no hospital to treat infectious diseases, 20 new cases of novel coronavirus infection were confirmed on Dec. 2. They have been transferred to Esashi, a town on the mainland, officials said.