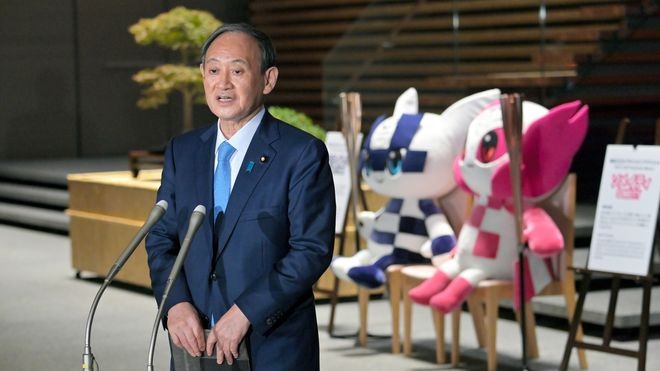 The changes the government has made to its Go To Travel campaign in response to a fresh surge in new coronavirus cases have come far too late and are too timid, to boot.

The changes concern state subsidies provided for trips to and from Tokyo under the program, which is designed to shore up the embattled tourism industry.

Prime Minister Yoshihide Suga and Tokyo Governor Yuriko Koike on Dec. 1 agreed on the minor adjustments to the program, which will call on people 65 or older and those with pre-existing conditions not to use the benefits for trips to and from the capital, at least for the time being.

Hospitals in Tokyo are struggling to deal with a rapidly rising number of serious COVID-19 cases. Some health care workers are ringing alarm bells, warning that their institutions are on the brink of being overwhelmed by the growing burden.

The government is running out of time to take action and avoid a disaster.

Despite the dire situation, the central government and the metropolitan administration are busy trying to shift responsibility to each other. They wasted more than a week of precious time since the expert panel advising the government over policy responses to the pandemic recommended on Nov. 20 a swift review of the campaign.

This is another troubling sign of the serious deficiency in communication between the national government and Tokyo’s administration, which has continued to plague policy efforts to tackle the crisis since they clashed over the scope of businesses to be asked to close when a state of emergency was declared.

Both sides should know better about the weight of responsibility they carry.

The changes decided after days of confusion are far from reassuring for the anxious public.

In recent weeks, there has been an alarming spike in cases where people who often go out bring the virus into their homes, thereby spreading infections across generations.

In this situation, urging only elderly people and those with pre-existing conditions to refrain from using the program does little to allay concerns about the new wave of infections. These high-risk people have long been asked to take sufficient precautions.

A series of belated government responses to the consequences of the Go To Travel program have raised concerns that the Suga administration is more eager to keep the economy rolling than tackling the challenge with the energy and commitment required.

Few would dispute the importance of the nation’s economic health for protecting the lives of the people. If, however, the number of newly confirmed COVID-19 cases continues surging at the current rate, the government will eventually be forced to take strong actions to stem the spread of the virus that would cause the economy to screech to a halt.

The government needs to take to heart the fact that under certain circumstances it is a prerequisite to put the top priority on curbing expansion of infections to maintain economic activities over the long term.

The municipal governments of Osaka and Sapporo, two COVID hot zones, have already decided to suspend the Go To Travel program for all citizens or ask them to forgo using it voluntarily.

But it has taken too long to decide on the half-hearted measures concerning Tokyo. This has raised concern that the government may be unable to deliver on its promise to make “flexible responses to the changing infection situation,” which was a vital commitment made when the program was launched.

The government plans to extend the travel subsidy program to after the Golden Week holidays in May as part of an additional package of measures to pump up the economy it is expected to unveil as early as next week.

But such an extension is by no means acceptable as long as the government’s ability and commitment to keep its vital promise remains in doubt.

It is crucial to fundamentally redesign the program so that flexible responses to the changing COVID situation will be assured.

If that is impossible, the government needs to rethink its policy support to the tourism industry, including providing cash to businesses in the sector.