Question Time falls by the wayside again at Diet session 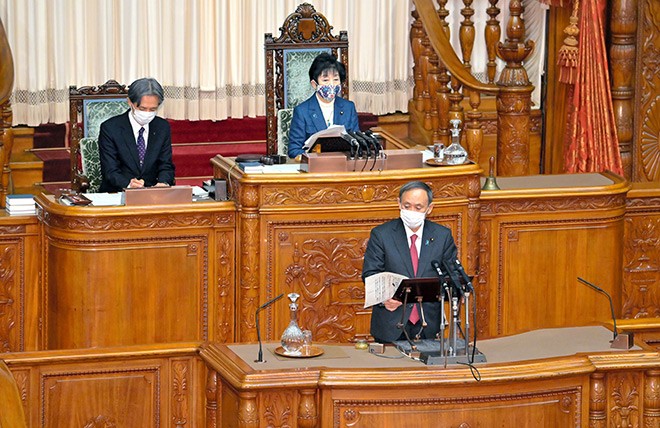 With the extraordinary Diet session ending Dec. 5 without a one-on-one debate between Prime Minister Yoshihide Suga and opposition leaders, it begs the question: why not?

The debate, based on the British Parliament's Question Time, was introduced in the Diet in 2000. But none have been held since June 2019 and this will mark the first year without one since 2017 and only the second since the format's introduction two decades ago.

During the party heads’ debate, a total of 45 minutes is allocated to opposition parties. But with the splintering of opposition parties, there apparently is little appetite to resuming the format in such a limited-time capacity.

“There are many opposition party leaders who join the one-on-one debate, so each of them will be given just a very limited amount of time,” said Jun Azumi, the Diet Affairs Committee chairman of the opposition Constitutional Democratic Party of Japan. “The debate is thus destined to be watered down.”

Initially, the debates were aimed to be held once a week but the frequency became fewer and fewer, and now it is usually held just once during Diet sessions or not at all.

In 2014, the ruling and opposition parties agreed to hold one once a month, but they did not adhere to that timetable.

The ruling Liberal Democratic Party is also apparently in no rush to see the debates resume.

“We are not considering reviewing how it should be done as of now,” Hiroshi Moriyama, chairman of the Liberal Democratic Party’s Diet Affairs Committee, said on Dec. 1. “If it is on the agenda, we can discuss it at that time.”