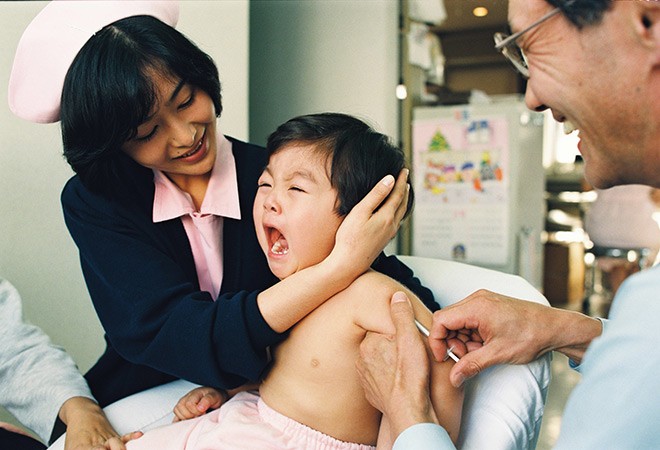 A new study offers hope for the effect of a vaccine against the novel coronavirus. (Asahi Shimbun file photo)

A new study found most people who contracted COVID-19 had neutralizing antibodies that can help prevent reinfection and that they lasted in patients’ bodies for six months.

A team of researchers at Yokohama City University announced the study results on Dec. 2.

The researchers said it is believed that if a person has neutralizing antibodies, they will develop immunity to the virus and become less likely to contract it again.

They said seeing that the antibodies will last at least six months gives hope for the effectiveness of a vaccine, but that came with a strong word of caution.

“The way a person becomes immunized is not necessarily the same in cases where the patient contracted the virus naturally and where the person is vaccinated,” said Takeharu Yamanaka, a professor who led the team. “Therefore, it is unlikely that (our) research result is directly linked to the (vaccine effect). But the result gives certain hope to the vaccine effect.”

Some studies conducted abroad suggest that the number of antibodies decreases in a short time. If so, more frequent vaccine doses may be needed.

The Yokohama researchers conducted their study from February to May on 376 people aged 20 to 78 who had been infected with and developed COVID-19.

They detected neutralizing antibodies in 98 percent of the study’s subjects.

The antibodies were present in 97 percent of patients with mild symptoms, while everyone who had moderate or severe symptoms had them, according to the researchers.

The researchers said patients had a higher likelihood of prevention from reinfection the more severe their symptoms were.

It is still not known how many neutralizing antibodies are needed in a person’s bloodstream to prevent reinfection, but the researchers said having them should lower a person’s chances of a repeat.

“Those who have antibodies are at lower risk for contracting the virus again compared to those who do not have antibodies,” the researchers concluded.