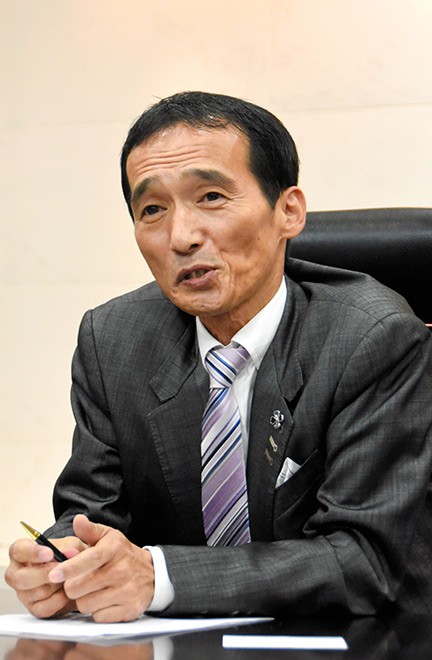 The recipient of his largesse, a pachinko parlor operator, is alleged to have netted a quick profit of 60 million yen ($575,000) from the information.

Prosecutors contend that Koji Ohara, 57, urged his friend to buy stocks in Don Quijote Holdings Co. ahead of a tender offer by leading retailer FamilyMart Uny Holdings Co. in 2018, according to sources.

Ohara was accused of violating the Financial Instruments and Exchange Law.

Prosecutors did not divulge whether Ohara had admitted to any wrongdoing, but during earlier voluntary questioning he denied the allegation.

Shares of the Uny Co. supermarket chain were to be sold to Don Quijote Holdings to make it a wholly owned subsidiary.

According to prosecutors, Ohara must have been aware of the takeover bid in early August 2018, given his position in the company. They suspect he urged his friend in September to buy stocks in Don Quijote Holdings Co. and thereby reap a handsome profit.

The acquaintance purchased 76,500 shares for about 430 million yen by early October, the sources said. The man sold the shares after the stock price rose due to the takeover bid announcement and walked away with a 60-million-yen windfall.

“I did not recommend it after I learned of the takeover bid,” Ohara said during questioning before he was arrested.

His friend told prosecutors he bought the shares because Ohara said it would prove beneficial.

Ohara became president of the company in 2013 and chief executive officer in 2015. He resigned from both positions in September 2019.

Insider trading has been regulated since 1989. Company employees, their associates and acquaintances could be found guilty of insider trading if they acted on “important facts,” such as business alliances or account settlement information, to trade stocks before an official announcement was made. It only applied to those who traded stocks.

Insider trading became an explosive issue in 2012 after it emerged that some employees of leading securities companies had divulged information, such as a listed company's plans to sell new shares, to institutional investors.

But in the latter case, those who traded stocks without having prior knowledge of sensitive company information are not subject to criminal punishment.

By fiscal 2019, the Securities and Exchange Surveillance Commission said there were 33 cases in which it filed a criminal complaint or handed down financial penalties to those who engaged in insider trading or urged others to act based on inside information. Of the 33 cases, nine fell into the latter category.

On the other hand, the commission looked into nine listed companies among those whose employees were admonished by it in fiscal 2019 because of insider trading, leaks of important information and recommendations for trading without explaining the reason.

It found that none of the companies prohibited employees from urging others to trade without explaining the reason.

“What securities firm sales reps had taken for granted was suddenly regulated,” a senior prosecutor said.

The case against Ohara “will more widely convey the regulations governing insider trading,” the official said.

(This article was written by Kazufumi Kaneko and Kae Kawashima.)