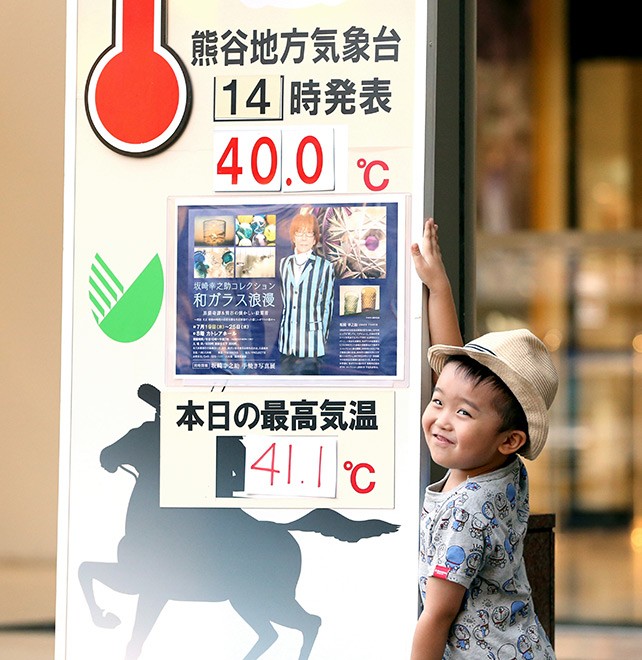 A long-term forecast for weather patterns in Japan suggests that average temperatures will rise by about 4.5 degrees if the government fails to implement measures to reduce greenhouse gas emissions under the Paris Agreement on climate change.

The predictions were made by two government agencies, the first time for them to issue assessments of the long-term risks ahead.

Akio Kito, a researcher at the Japan Meteorological Business Support Center, warned that the picture facing Japan is more grim than for the rest of the world.

While the near-term picture for the next 80 years or so is not pretty, the situation will be far worse if the government does nothing, the two entities said.

The Japan Meteorological Agency and the science ministry released the results of their simulation of future climate conditions on Dec. 4.

In 2017, the JMA released its predictions of climate change if no measures were taken. Under the latest simulation, the condition was that the goals under the Paris Agreement to achieve zero net emissions of greenhouse gas emissions by 2050 were met around the world.

The report estimated that if the goals were met, the number of days in Japan when the high temperature exceeded 35 degrees would increase by about 2.8 days, compared with the approximately 19.1 days predicted if no measures were implemented.

Likewise, the number of nights when low temperatures did not fall under 25 degrees in summer would increase by about nine days if the measures were implemented, but soar to a withering 40.6 days if nothing was done additionally.

Failing to act would also lead to heavier rainfall and torrential rains.
If the emission goal was met, there would be an approximately 1.5-fold increase in the number of days in a year when more than 200 millimeters of rain fell in a single day. But if the goal was not met, the increase would be about 2.3-fold.

Moreover, the average sea level along the coasts of Japan would rise by about 39 centimeters if the goal was met, but increase by about 71 cm if nothing was done.

The report also predicted less snowfall due to higher temperatures. The accumulated snowfall in areas outside of Hokkaido and a few other areas would decrease by about 30 percent if the emissions goal was met, but fall by about 70 percent if nothing was done.

"I hope people will realize the need for additional measures because the range of expected temperature increases in Japan is larger than for the rest of the world," Kito said.