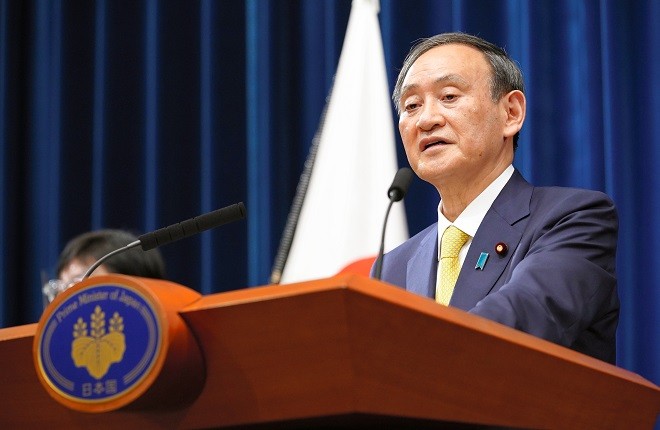 During the 40-day extraordinary Diet session, Prime Minister Yoshihide Suga displayed a disheartening lack of interest in winning public support for his policies and objectives through clear and careful explanations.

Nor did he show any solid commitment to removing the negative political legacies from the previous administration of Shinzo Abe, his predecessor and former boss, to regain public confidence in politics.

The Diet session, the first since Suga took office, ended on Dec. 5 after the ruling camp rejected a request for an extension from opposition parties, which said continued debate was needed on the novel coronavirus crisis and other issues.

The ruling Liberal Democratic Party tried to justify the move by citing the necessity of concentrating on formulating a supplementary budget and spending plan for the next fiscal year, which starts in April.

But few would doubt that the real reason was the party’s desire to prevent Suga, who is not known for being adept at handling queries in the Diet, from facing tough opposition questions over the scandal related to the annual cherry blossom viewing parties hosted by Abe.

An investigation into the matter has produced important revelations.

The Suga administration has shown a clear tendency to disregard its responsibility to explain its policy decisions and actions and avoid debate as much as possible. It has apparently inherited this inveterate political ailment from the Abe administration.

The biggest topic in the Diet session was the government’s handling of the pandemic. At the beginning of his policy speech to open the session, Suga promised to “prevent an explosive expansion of infections at any cost” and “protect the lives and the health of the people no matter what.”

But the government has been frustratingly slow and timid in reviewing its Go To Travel campaign to rescue the beleaguered tourist industry. The program has been criticized for triggering a new surge in COVID-19 cases.

During a Dec. 4 news conference, Suga described the situation as “extremely alarming” and claimed his administration is responding to the new wave of infections “with a strong sense of urgency.” But these remarks are at odds with the administration’s actual policy actions, and his handling of the crisis is far from reassuring for the anxious public.

Suga failed to offer any specific answers to the raft of questions in the minds of the people. What does the government actually think about the current situation? How does it intend to contain the outbreak without causing the economy to weaken further? What kind of measures does it intend to take in response to various possible developments?

Since Japan’s efforts to tackle the health crisis are based mostly on “requests” for self-restraint that are not legally binding, people’s voluntary cooperation holds the key to success.

How can the government expect public cooperation if the prime minister himself does not make a compelling case for its plans to bring the virus under control?

It has emerged that Abe’s support group paid part of the expenses for luxury Tokyo hotel banquets to entertain voters from his constituency in Yamaguchi Prefecture. The banquets were held on the eves of annual tax-funded cherry blossom viewing parties hosted by Abe.

An elite squad at the Tokyo District Public Prosecutors Office is investigating the case for possible violations of the Political Fund Control Law.

As a sitting prime minister, Abe is believed to have repeatedly given false answers to questions in the Diet concerning the expenses, thereby making a mockery of the legislature’s role as the watchdog of the administrative branch.

Despite the seriousness of the allegations, Suga made no attempt to check the facts with Abe and gave no indication in the extraordinary Diet session that he intended to clarify the situation.

Suga also failed to offer any convincing answer to questions related to his own contentious decision to reject six of the nominees to the Science Council of Japan.

Suga’s Dec. 4 news conference was the first one he held in Japan in about two and a half months since he took office in September.

When asked whether he would hold more news conferences, Suga displayed a reluctance to meet the media more often. He just pointed out that the chief Cabinet secretary holds news conferences twice a day and each Cabinet minister twice weekly.

Suga’s remarks left little doubt that he has no interest in serious dialogue with the public.