App for disasters rooted in ‘Evangelion’ a big hit in Japan 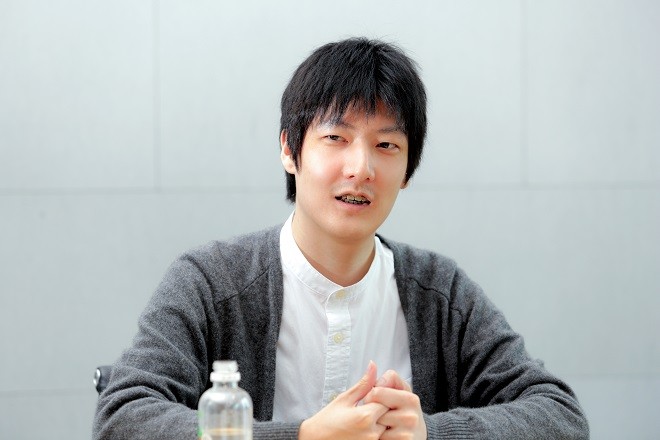 A young entrepreneur developed a smartphone app based on the hit anime "Neon Genesis Evangelion" that allows people in Japan to experience a natural disaster through the eyes of the main character as well as deal with the unfolding upheaval in real time.

The disaster preparedness app themed on the series has been downloaded more than 1 million times since it was released a year ago.

The app lets users follow the countdown to a real-time earthquake after an early warning has been issued on screen resembling a warning sign that pops up on a computer screen in the anime, along with other features particular to the anime.

The "Tokumu Kikan NERV Bosai" app is named after the special organization from the series, NERV, to which the protagonist, Shinji Ikari, belongs.

The app's design is deeply influenced by "Evangelion." While its base color is black, warnings appear in purple letters, the same color as the Evangelion Unit-01 humanoid weapon that Shinji pilots.

Die-hard "Evangelion" fan Daiki Ishimori developed the app, which provides information on weather, typhoons, earthquakes, tsunami and volcanic eruptions provided by the Japan Meteorological Agency via an exclusive line to users in corresponding areas and text messages from the J-Alert emergency warning system.

Ishimori, 30, president of Tokyo-based information security company Gehirn Inc., hails from Ishinomaki, Miyagi Prefecture, which was devastated by the 2011 earthquake and tsunami disaster.

A fan since he attended junior high school, Ishimori memorized almost all the anime's lines after watching the 26-episode show at least 50 times. He has two complete sets of volumes of the manga, with one for reading and the other filed away for safekeeping.

In 2011, he was in Tokyo when the Great East Japan Earthquake hit. Unable to get in touch with his family in Ishinomaki, he was glued to the TV and kept tweeting information about damage and infrastructure.

It turned out that his parents and younger sister were safe, but their home was destroyed by tsunami. A friend from high school, as well as a relative, perished in the disaster.

Ishimori garnered Twitter followers as Japan continued to be hit by disasters and often received requests from them saying they needed only information relevant to them.

Though he came up with the idea of developing an app to deliver information best-suited to specific areas, he wasn't sure whether he should incorporate anime into disaster preparedness efforts.

It wasn't until he was invited to a get-together attended by "Evangelion" insiders that he realized that was the way to go.

When Ishimori revealed his plans for the app to the president of a company that manages copyright, he was encouraged to use the name NERV.

"Evangelion" is set in a world after the "Second Impact," a catastrophic event that wiped out half of the human population.

Ishimori decided that his efforts to deliver disaster preparedness information following the March 2011 disaster would reflect elements from the anime's universe.

The app was released in September 2019 and topped 1 million downloads in October this year.

Ishimori said he feels the app has proven useful to others. He was also especially pleased about creating it after one user told him, "Thanks to the app, my family was spared from a landslide."

Ishimori said he will never forget the devastated landscape of Ishinomaki and his feeling of helplessness after he returned home one month after the earthquake.

"We can't stop natural disasters. But we must leave a safe system for the next generation to reduce damage as much as possible," he said.