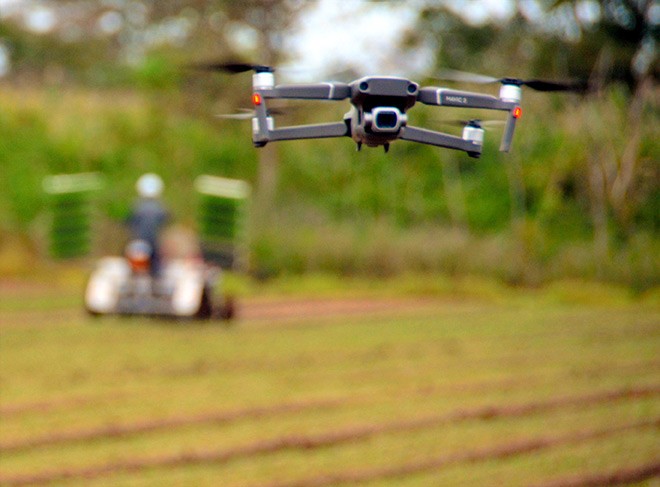 The government is moving to tighten its rules governing drone use to include lightweight, smaller and more sophisticated models now hitting the market, partly in response to growing concerns about accidents and irresponsible operators.

Drones weighing 200 grams or more are already covered by the Civic Aeronautics Law, but the revamp will include lighter ones weighing as little as 100 grams, officials said.

The move is in response to technological advances that led to smaller and faster models deemed potentially more risky.

Under regulations first introduced by the government in 2015, a user must first get official permission to operate a drone at an event venue, over overcrowded areas, at night, or in places where it is out of visual line of sight.

Drones weighing less than 200 grams, known as toy drones, are not covered by existing regulations, except when they are flown 150 meters or higher or around airports.

When the government drew up the legislation, the functions and abilities of those types of drones were considered to be very limited. For instance, it assumed they would be mainly flown in small indoor areas. Even if the drones failed in midflight and hit people or objects on the ground, it was presumed any damage would be minimal.

But five years on, technology has created much more sophisticated drones. The devices, which can be purchased at electronic retail stores, are not only smaller and fly faster but also more stable outdoors. Even the propellers rotate faster on smaller models.

As drones come with enhanced capability despite their light weight, complaints have come in from the public about the risk of people being injured or property damaged in the event something goes wrong.

In response, the government began discussing tighter regulations to include smaller classes of drones that can maintain stable flight outdoors in windy conditions.

With drones being used for a wider range of purposes, the number of permits being issued is also rising.

Drones are often used for aerial filming, crop dusting, geographical measurement and deliveries as well as for recreational use.

The market is booming. Impress Corp.’s research department in Tokyo estimates that the market size in Japan for drones in fiscal 2019 almost quadrupled from fiscal 2016 to 140.9 billion yen ($1.35 billion). It projects a further four-fold increase to 642.7 billion yen by fiscal 2025.

The government intends to put a regulatory system in place to encourage drone use. This would allow operators to fly drones out of their visual sight in areas where people live or work in fiscal 2022.

Runways were shut down on at least four occasions, delaying flights.

The government responded by revising the Civil Aeronautics Law in June and decided to mandate drone registration by 2022. The registry information will include the names and addresses of owners and operators.

It also plans to establish a certification system for drones and a licensing system for operators. Broadening the regulatory scope of drones to smaller models is part of that effort. Registration will take place under the new rules.